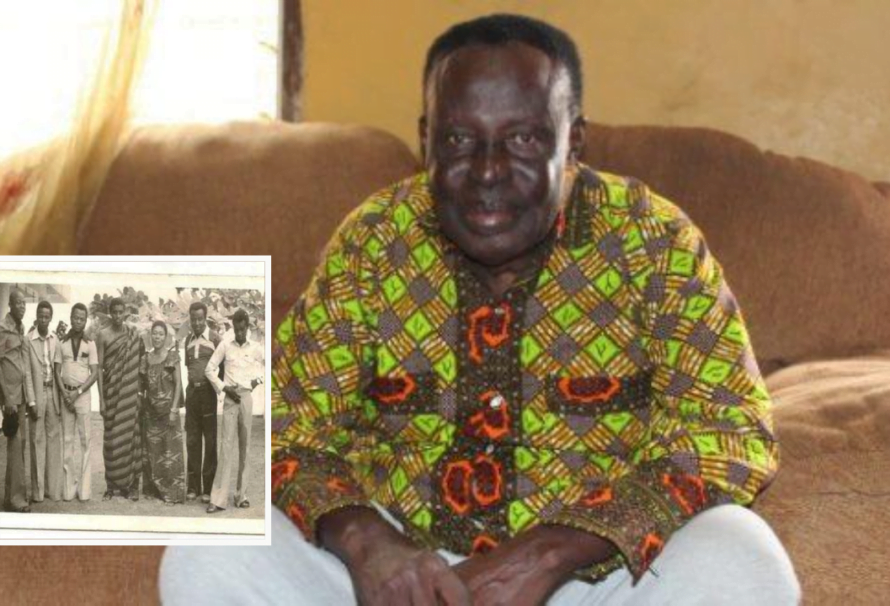 The producer and actor, born Frimpong Manso was reported to have passed away early hours of Monday, August 10, 2020, at age 89.

Osofo Dadzie, a television drama series was one of the country’s finest in the 1970s and early 1980s

The series which was produced by S.K Oppong led Osofo Dadzie group, showed on the Ghana Television (GTV) on Sunday evenings.

The series was characterized by drama and music was usually centered on social criticism with the support of the Ghana government.

With it “Wayaya” themed song, which means “we are going” in the Ga dialect, fans of the television series were really left with a real-time mark of Ghanaian rooted fun and excitement on GTV.

The beginning of the programme meant that the few who had a television at the time would exercise their superiority over those who do not have, especially, children who had to have their legs and armpit checked before being granted access to watch.

It was also a really fun time when many run helter-skelter with their stools on their head in search of a place to watch or fighting over where to sit to watch the TV programme.

Until the arrival of foreign telenovelas, it was what we had and we cherished it whole heartily.

His dead reported today, would definitely, takes many Ghanaians down memory lane.

May his soul rest in perfect peace.