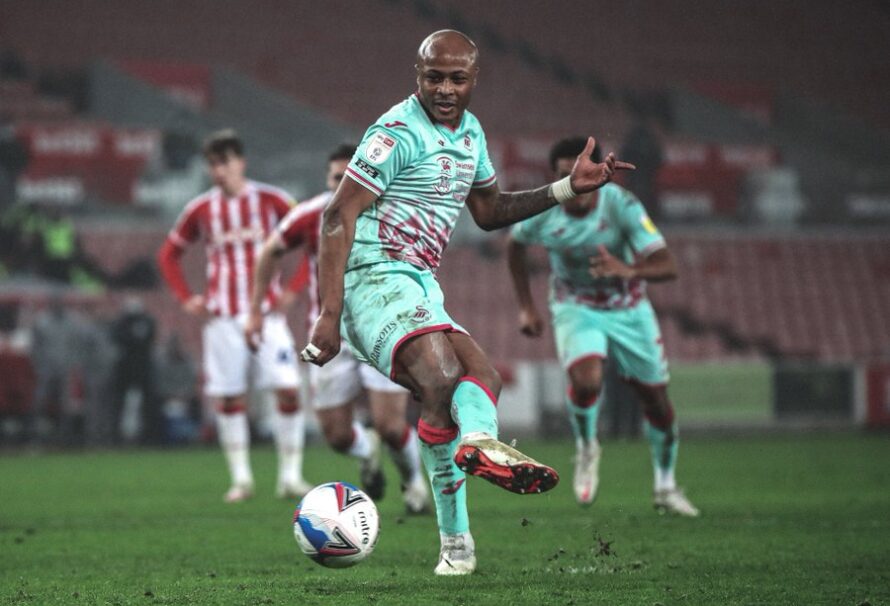 The Ghanaian international converted in the 96th minute after Jack Clarke was adjudged to have tripped Kyle Naughton.

The goal was his 11th in the ongoing campaign.

Before then Nick Powell pounced on some sloppy defending from the away side to give Stoke a ninth minute lead.

The result leaves the Swans fourth in the table, one point behind the automatic promotion places having played two games fewer than the sides above them.