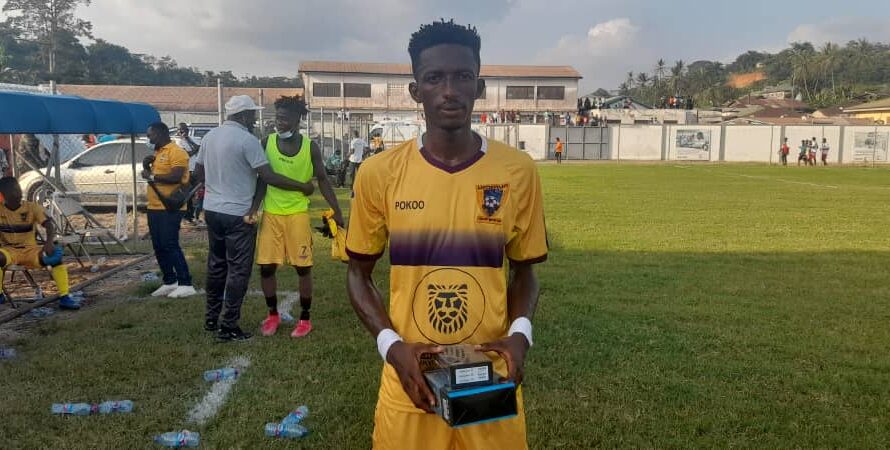 Medeama defender Baba Musah picked up the Man of the Match award following an impressive showing in Meadema’s 2-0 victory over Dreams FC.

The Mauves and Yellows handed a source defeat to the Believers kind courtesy a brace from experienced striker Ahmed Toure.

Musah was superb at the back as he managed to organize his defense and shut out the Dreams FC attack.