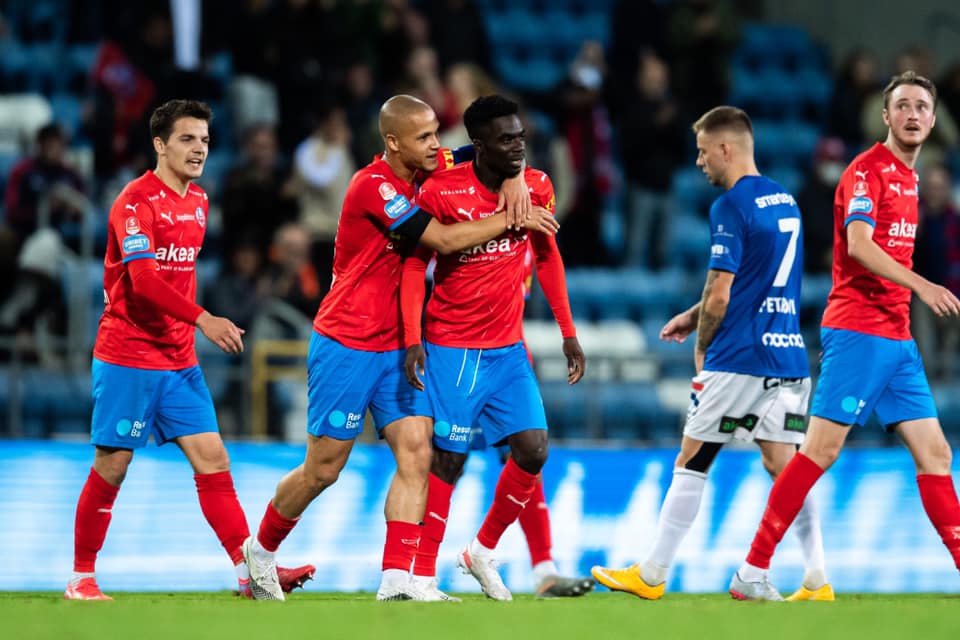 Midfielder Benjamin Acquah scored his first goal for Helsingborgs IF in their 1-1 draw at home against Trelleborg on Tuesday evening.

The match was bigger than “just” a derby because it was also a thank you game for Andreas Granqvist, who retired this summer.

It looked for a long time to be the perfect thank you game for Granqvist and Helsingborg. Benjamin Acquah gave the home team the lead with a quarter left to play and that lead they held for a long time. But in the 89th minute of the match, Mattias Hakansson stayed ahead and equalised to 1-1 for Trelleborg.

The match later ended 1-1 and Granqvist did not get to see Helsingborg take three points. Admittedly, they still lead the Superettan, but Varnamo in shared first place have one match less played and can take over first place if they defeat Jonkopings Sodra on Thursday. Trelleborg, in turn, remains in third place.

Benjamin Acquah joined Helsingborgs IF on loan from Ebusua Dwarfs during the just ended summer transfer.