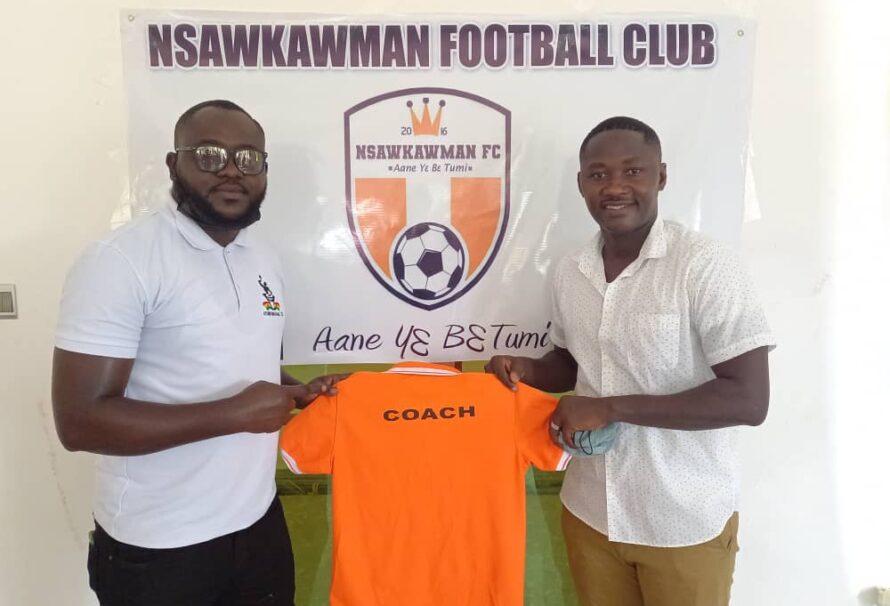 Division two side Nsawkawman FC have announced the appointment of Eric Bekoe as the new coach of the club.

The former Asante Kotoko player was unveiled on Wednesday immediately after signing his contract.

He is expected to bring  to his experience on board and groom the players at the club.

The 34-year old is expected to use his vast experience in football to groom the Nsawkawman FC players.

He has previously featured for Sekondi Hasaacas, Liberty , Hearts of Lions and Petrojet of Egypt.