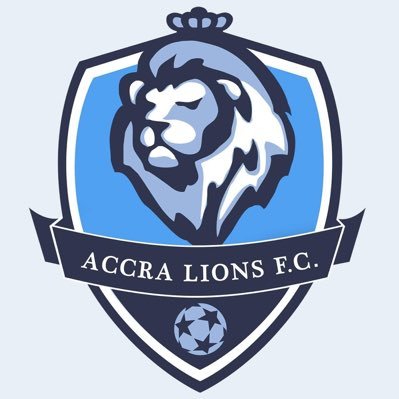 Zone 3 leaders Accra Lions look set for their sixth consecutive win of the season as they face Accra Young Wise at the Theatre of Dreams on Sunday.

The Lions have cruised to a wonderful start to the season with a 100% winning record in five games, catapulting to the summit of the table with 15 points.

The free scoring side with13 goals in 5 games come up against a limping Young Wise side who have been struggling to find their feat this season.

With the winning mentality and goal scoring prowess of Accra Lions, indications are that Young Wise will have their struggles deepened as the Lions look unstoppable.

Another title contenders Tema Youth return to the Tema Sports Stadium to lock horns with Nania FC in a battle that could see the Tema-based side in top of the table.

The harbor boys last beat Krystal Palace away in Akosombo and a victory against visiting Nania will put immense pressure on the league leaders.

Nania on the other hand drew their previous game at home 0-0 to Accra Young Wise. The host looks favorite going into this game.

The home team currently sits 9th on the league log posses the treat that can tame the Lions. Their last game was a drawn game at Accra City. A win for the them will push them up the table.

The Teshie MATS Park will host Tudu Mighty Jets and Krystal Palace. The home team, Mighty Jets lost to Heart of Lions in their previous game and are slamming down the league log. A win becomes the only option that can rescue their season. They stands 14th with 2 points.

After a home defeat, Palace will come very hard at Mighty Jets. The team lost to Tema Youth and will try to bounce back to life. They currently occupies the 8th spot with 7points.

Vision FC vs Danbort at the Nii Amoah Okromansa Park will be a game a lot of people will be looking at. The home team, Vision Fc took valuable points at the Oda Stadium in a game with Kotoku Royals.

The team is expected to be in familiar mood when they take on their known nemesis. 3 points at the12th position isn’t what the club wanted and all efforts will be turned to this game.

Referee Joseph Kwofie will be at the center when Uncle T United welcomes Kotoku Royals to the GSCE in Prampram.

The host lost to Accra Lions whiles Kotoku picked a point against Vision FC. Both teams are in need of points to enhance their Positioning on the league log.
Uncle T are 15th with 1 point whiles Kotoku Royals are 4th with 11 points.

Strugglers Agbozume Weavers will take on Accra City Stars at the WAFA Redbull Arena. The home team are yet to win a game this season and are in a bad shape. The team will try to at least record a point at the end of the day.

Meanwhile Accra City are just anticipating a continuation of where other teams left it if they come face to face with Weavers.

They are also not winning their matches and will want to use Weavers as a dress rehearsal to rekindle their season. They currently stay 10th on the league log with 6 points.

Phar Rangers could enjoy a walk over on Amidaus Professionals as the latter have failed to show up for any of their opening 5 games of the season.