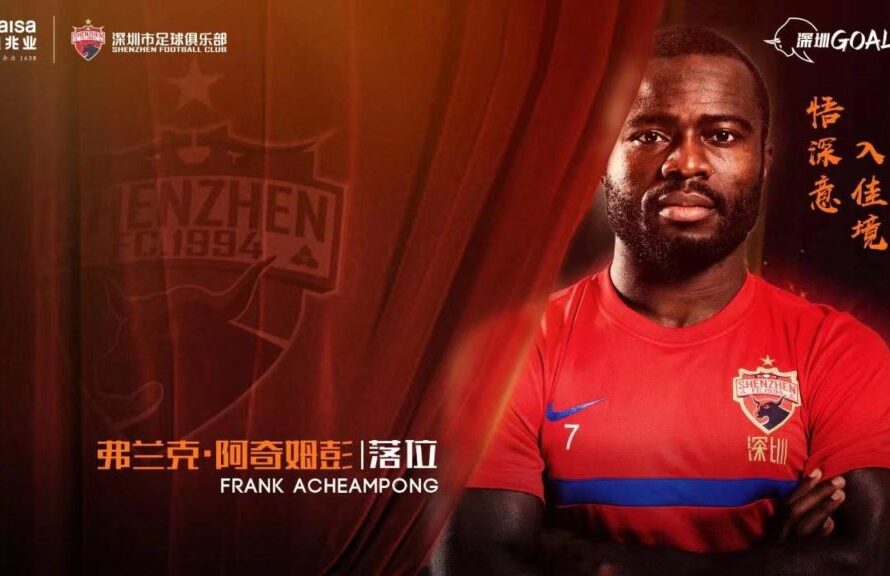 Acheampong signed a four-year deal with the club after leaving Tianjin Teda at the expiration of his deal.

“Many clubs were interested to sign Frank. Not only Chinese clubs, we had concrete offers from Europe and the Gulf region as well.

Finally, Shenzhen turned out to present the most exciting project to Frank. He agreed on a 4-year deal because his ambitions and the club’s ambitions matched pretty well. Frank will try his best to build a legacy there such as he did in Tianjin,” The 27-year old agent Oliver Arthur told Ghanasoccernet.com.

He joins compatriot Mubarak Wakaso at the same club.

Frank Acheampong has previously featured for Anderlecht and King Faisal.