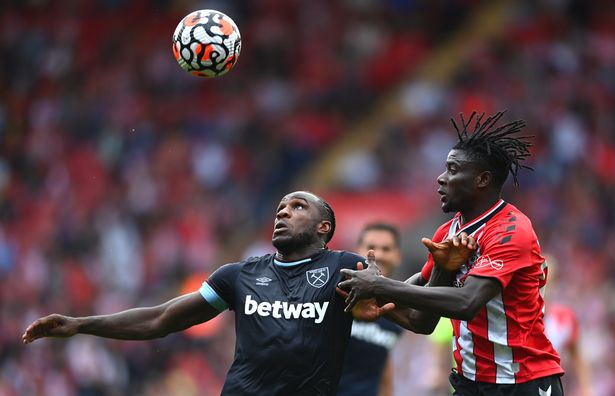 BBC pundit, Ian Wright has heaped praises on Ghanaian international Mohammed Salisu after his top performance for Southampton in the game against West Ham United.

The strong defender was paired with Jack Stephens in centre-back of Southampton’s defensive setup last Saturday when the team faced the in-form hammers.

Marking strong lethal striker Michail Antonio, Mohammed Salisu and his partner came out tops after managing to stop West Ham from finding the back of the net.

After the game, Ian Wright who applauded the performance of Southampton particularly praised Mohammed Salisu for his displays.

“They played a little bit differently. We know that West Ham came into it with seven points from three games, but I thought Southampton played brilliantly, [Mohammed] Salisu and [Jack] Stephens in particular, they totally nullified [Michail] Antonio,” the former Arsenal and West Ham striker said.

Ian Wright continued, “They restricted West Ham a bit and they were at them, they didn’t give them time, and Salisu and Stephens really had it locked off with the way they were defending.”

Mohammed Salisu, 22, has picked up very well this season and looks set to play a key role for Southampton throughout the 2021/2022 English Premier league season.