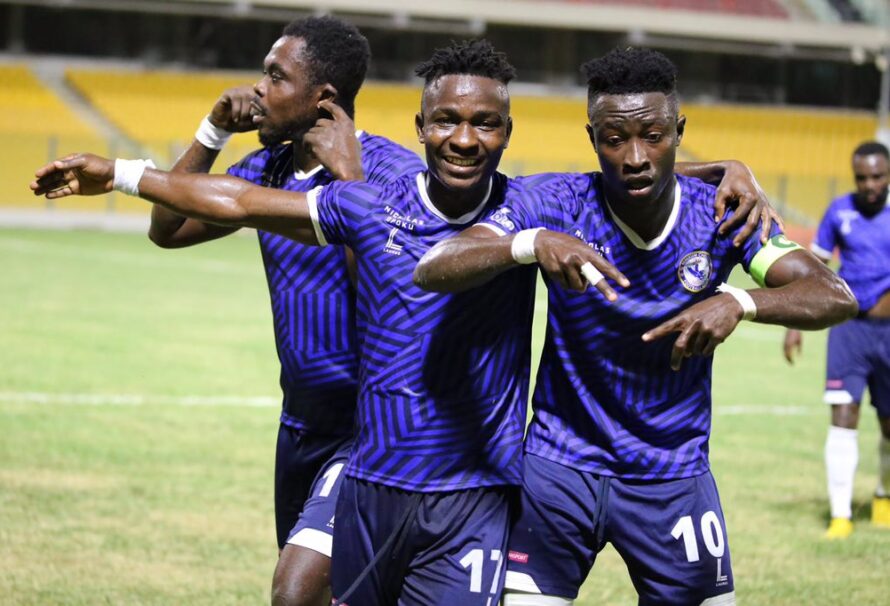 Berekum Chelsea came back from a goal down to claim a vital away point against Elmina Sharks.

Sharks hosted their opponents at the Nduom Sports Stadium for the Match Week 13 encounter on Monday.

The home side started the game lying on the 12th position on the table with 16 points and seeking victory to move up the standings.

Chelsea on the other hand also needed points to add to their tally as they seek to rise from their ruins at the early stages of the season.

The home side’s lead didn’t last long though as Stephen Sarfo would restore parity for the away 4 minutes later.

Back from recess, both sides effected changes to personnel with different motives.

While Sharks brought on men to push for a win, Chelsea made changes to try and keep intact the result.

The game eventually ended in a 1-1 draw with no goal registered in the second half.

The result sees Sharks still stuck at the 13th position although their points tally increases to 17.

Chelsea, who undoubtedly will be the more satisfied side with the result also move to 14th with 14 points.