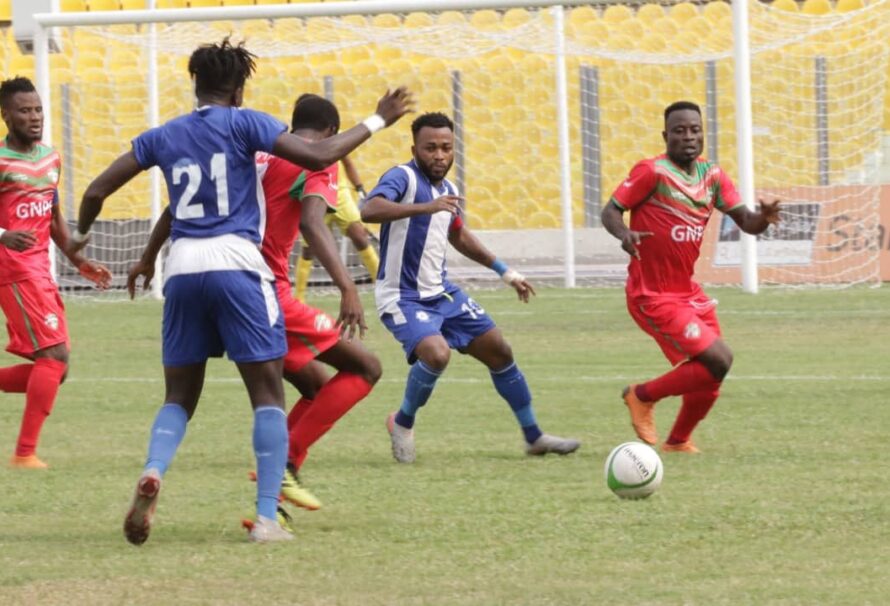 League leaders Karela United picked up a vital away point following their 0-0 stalemate against Great Olympics on Saturday.

The Nzema based side held Olympics to a goalless draw in matchday 10 of the Ghana Premier League at the Accra Sports Stadium.

Olympics had the first chance of the game in the 7th minute but Samuel Ashie’s shot went for a goal kick.

Karela United gradually warmed themselves in the game and began to have more of the ball.

Diawusie Taylor had a golden chance to break the deadlock but his shot went wide.

Olympics despite dominating proceedings and having more of the ball couldn’t find the breakthrough till the blast of the first-half whistle.

In the second half, the home team came all out looking for the opener but the visitors were equally up to the task keeping tight at the back.

Both teams created a lot of opportunities but none of them was able to find the back of the net.

No goal was scored as the two teams managed to take home a point each.

The line up of both sides.