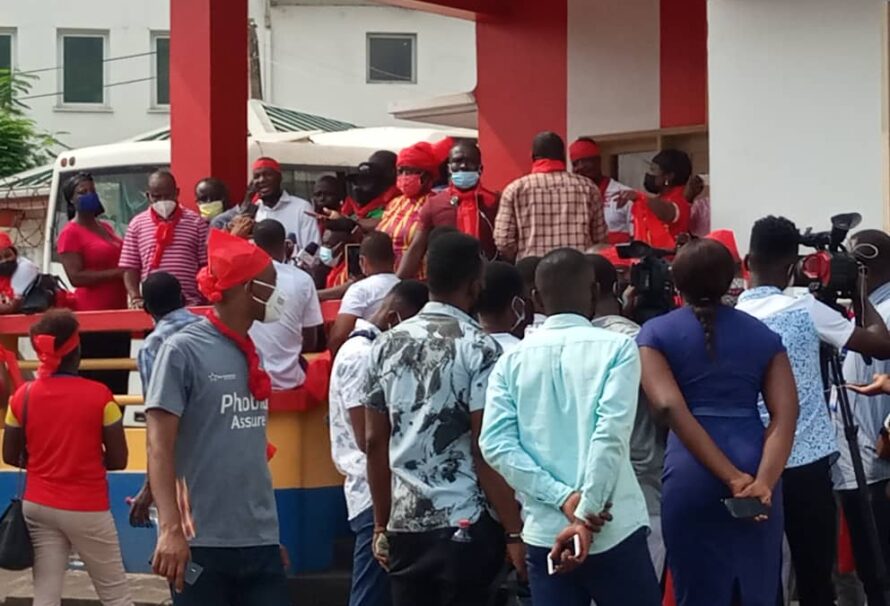 Hearts of Oak supporters are demanding the immediate dissolution of Club’s Board of Directors.

Earlier today, some aggrieved fans stormed the club’s secretariat to revolt against the recent happenings at the club.

This comes following a mass resignation of member of the technical team within a week raising a lot of concern about the direction of the club.

The fans are protesting on the mismanagement and lack of direction the club has been facing for over a decade and are demanding for an immediate change.

A statement from the National Circle Council read,

Below is the resolution of the Supporters of the club

1. The NCC on behalf of Supporters and other Organs of the club [Hearts Ladies, Ahoopa etc.] is calling for the immediate reconstitution of the Club’s Board of Directors to make accommodation for stakeholders and Minority shareholders and holding of the long overdue Annual General meeting of the Club.

2. The NCC demands an emergency meeting with the majority shareholders for briefs on the current state and happenings in the Club

3. The NCC demands immediate consensus stakeholder meeting between the majority/Minority (Shareholders) on one hand, and other key organs of the Club in order to Foster lasting Unity for the Club.