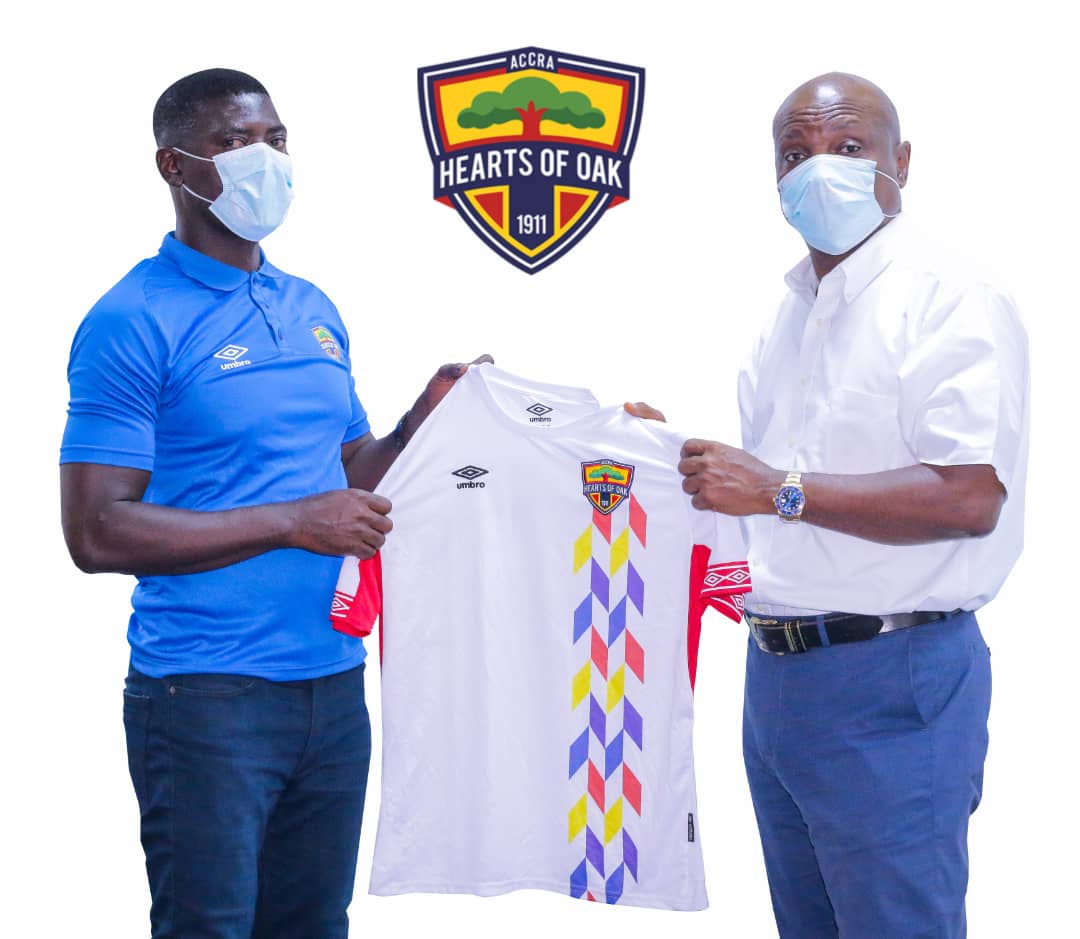 Highly-rated Ghanaian tactician, Samuel Boadu has disclosed that he had to put plans of his wedding on hold when he was approached by Hearts of Oak for the head coach role.

The young gaffer in March was appointed as the new head coach for the Phobians after submitting his resignation letter to his former employers.

After four months, Coach Samuel Boadu has today revealed that while he was planning to get married, the big appointment meant that he put those plans on hold.

“I postponed my wedding date because of Hearts appointment because I saw that there is much work to do. So I told my to-be wife that we must postpone the wedding so that I can concentrate much on the team,” the coach told Light FM in an interview today.

READ ALSO:  Injured Appiah McCarthy to miss the rest of the season

Having managed to guide Hearts of Oak to win the Ghana Premier League title with one match to spare, coach Samuel Boadu is now set to marry his partner, Madam Felicia Apimpanta on August 14, 2021.