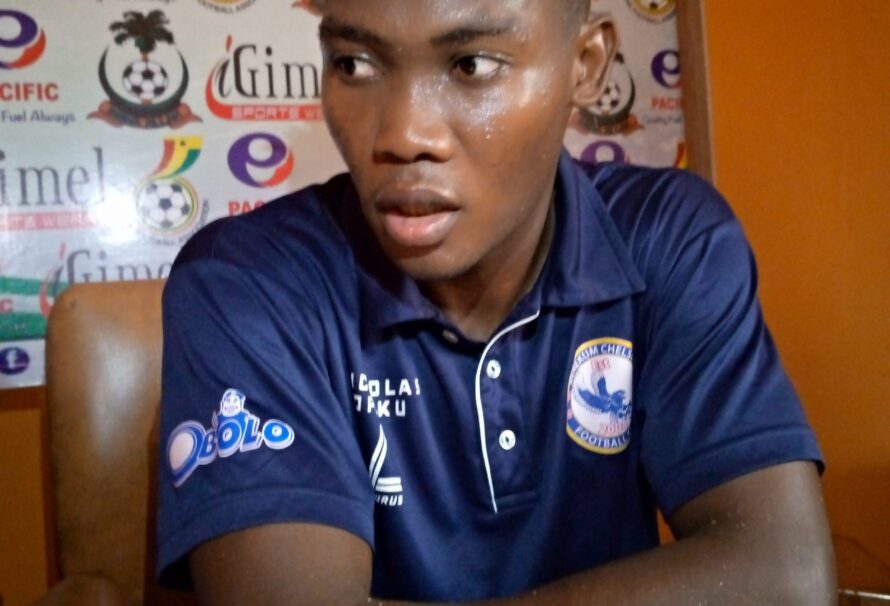 Berekum Chelsea goalkeeper Gregory Obeng Sekyere has alluded his side’s defeat to King Faisal for lack to lack of concentration.

The Berekum based club took a 3-0 lead in the first half following a lm unispiring start by the home team.

However, King Faisal rallied to beat them 4-3 courtesy of Kwame Peprah’s hat-trick and a goal from Frimpong Boateng.

According to the 16 year old goalkeeper, Berekum Chelsea players lost concentration in the second half allowing King Faisal to comeback in the game.

“It’s painful to take. We started well by scoring three goals, but lost concentration in the second half.

“The referee was giving  them all the one on one foul. It also affected our game game. It’s painful but we have a game on Wednesday so we have to go back and correct our mistake.” He told FootballMadeInghana.com.

Chelsea will be looking to get back to winning ways on Wednesday when they come up against Bechem United on Wednesday.