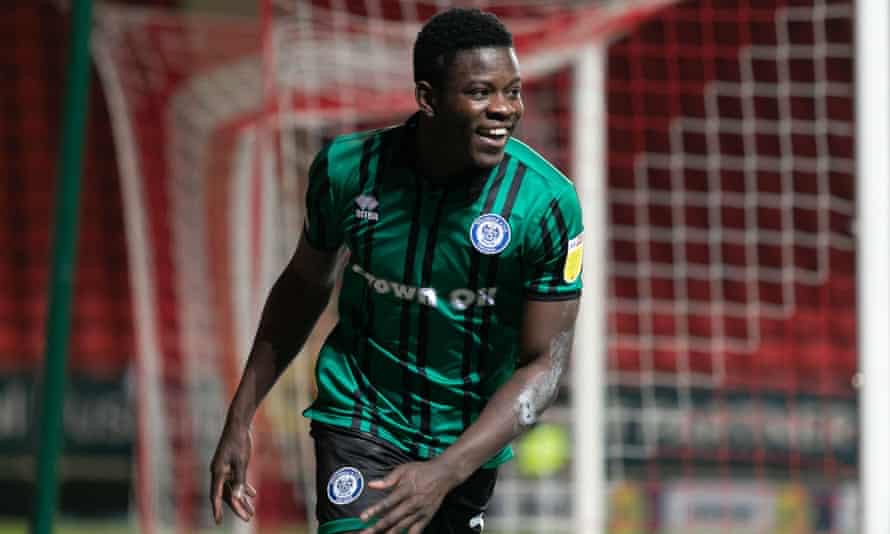 Manchester City have agreed a deal in principle to sign Kwadwo Kyeremeh Baah from Rochdale AFC at the end of the season.

The German-born winger of Ghanaian descent has been the subject of interest from a number of clubs in the Premier League but City have reportedly won the race for his signature.

The 18 year old will join Pep Guardiola’s squad when his Rochdale contract expires in the summer after an agreement was reached on Monday.