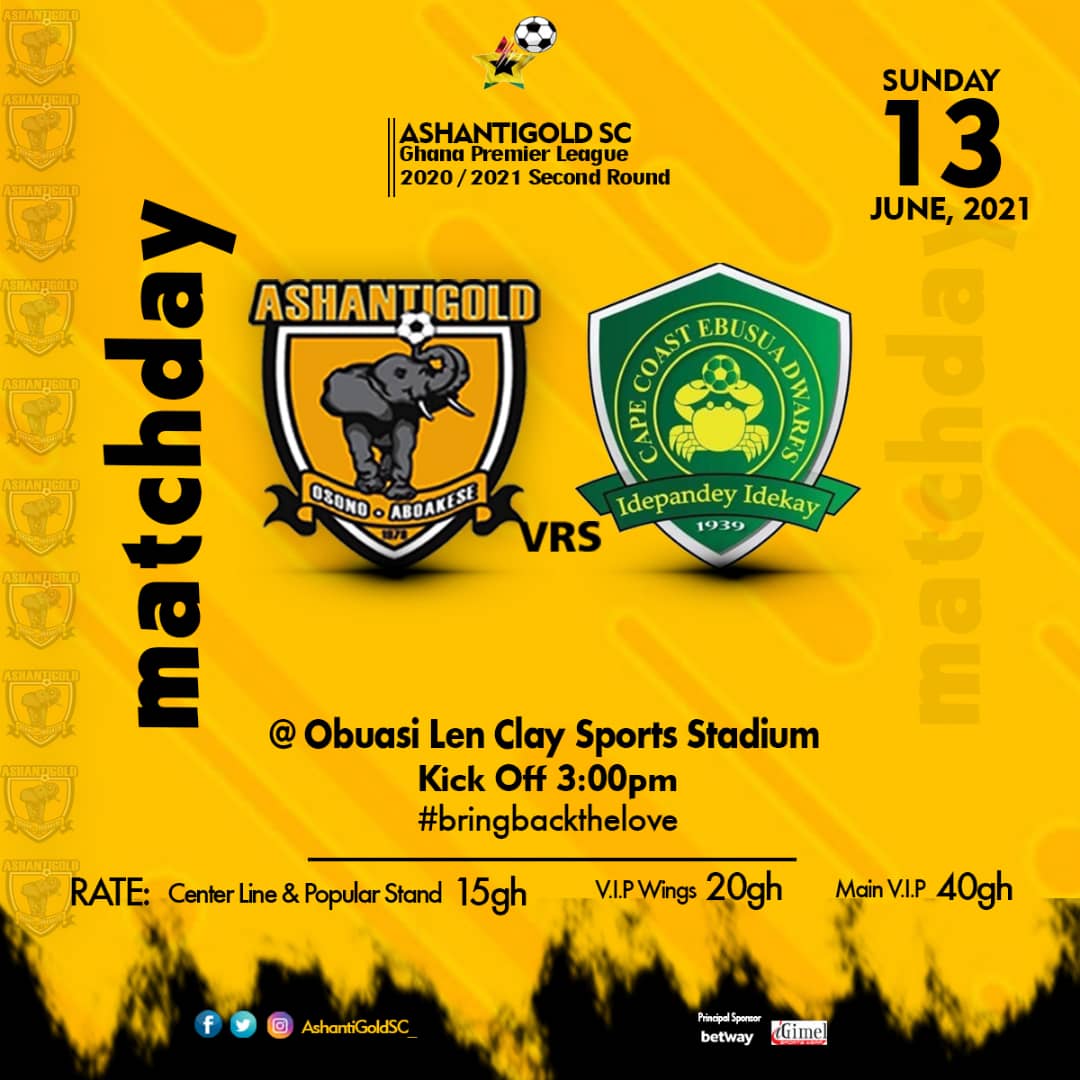 AshantiGold SC will hope to halt their slump when they welcome Ebusua Dwarfs to Obuasi for their Ghana Premier League Match Week 29 fixture on Sunday.

The Miners have sunk to heights unimagined in the last few weeks and fears are beginning to grip fans as their title challenge has suddenly changed into a battle for survival.

After a dismal run of just a win in the last 5 games, AshantiGold SC find themselves closer to the relegation zone now. Currently on 34 points, they sit just 3 points above the drop zone and failure to halt their 3 match losing streak will see the gap reduced and the club’s hierarchy feeling more heat.

This has been a turbulent season for them characterized by changes to the coaching department. This level of instability has affected the team’s consistency resulting in their wobbly form off late.

Stand-in coach Thomas Duah has come in for some harsh criticism and to redeem his image, the former Ghana international will need to find a working method to deliver some results.

The visit of Ebusua Dwarfs, another struggling side will certainly offer some hope to Ashgold.

The Cape Coast side is in a mini crisis of their own. They’ve not done much wrong, but have also not done much right and find themselves in a tricky situation at the moment.

After being docked points for crowd trouble and eventually forfeiture of a league clash with Legon Cities, the Crabs find themselves lying 16th on the table. They badly need results to climb up the ladder and avoid demotion from the top flight.

They have won two and drawn one of their last five games. Their form off late has improved and if they can sustain the momentum, should stand a brighter chance of survival.

Their away form though makes for grim reading and will do little to inspire confidence in the playing body. Dwarfs have picked just a point from their last 7 away games, meaning they’ve dropped as many as 20 points.

Against Ashgold at Obuasi, they face an arduous challenge and will need double their efforts to be able to pick something form the game.

It then leads to a case of can they and will they; although football isn’t as plain and logical, it’s difficult to see the away side nicking something here.

REFEREES AND OTHER OFFICIALS