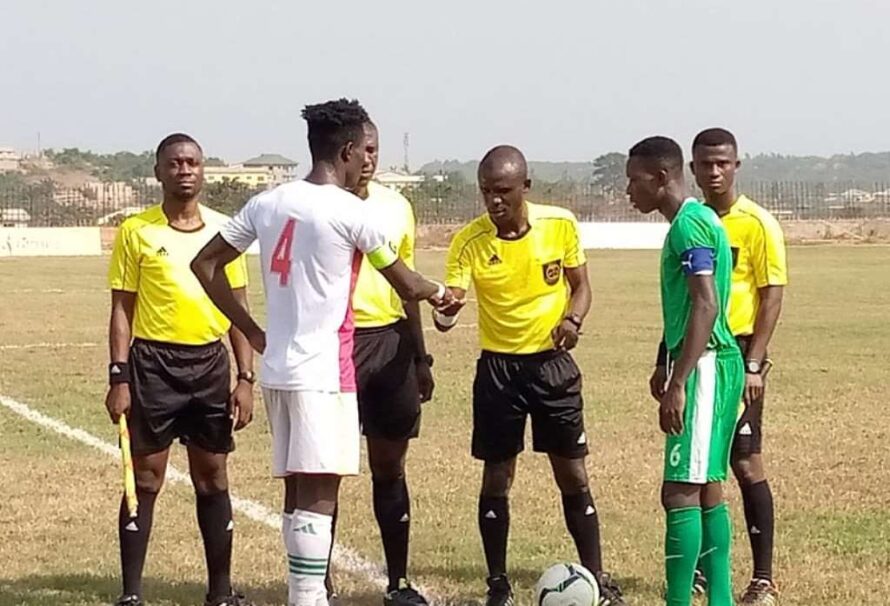 The Fearsome Sharks will look to avoid any dalliance that derails their path to beat relegation by going all out for a win when they welcome the Techiman based side.

Sharks, following a winless run of 6 games (D2, L4) have slipped closer to the drop zone and failure to pull the plug on this slump will bring further doom. The Elmina based side drew against Bechem United and Karela, while suffering defeats to Dreams FC, King Faisal, Hearts Of Oak and Inter Allies. Picking just 2 points out of 18 along this stretch has seen them plummet to the 15th position on the league log.

Having 31 points, they are only out of the relegation zone by virtue of having a superior head to head record against 16th placed Ebusua Dwarfs.

To inspire any hope of survival, they need to beat an Eleven Wonders side also flirting with relegation. The Techiman-based side despite winning their last 2 games lie 2 points above the drop zone on 33 points. The momentum gathered need to be sustained for them to stand any chance of being free from the burden of demotion to the second tier level of the Ghana Football pyramid.

Both sides are therefore eager for maximum points but the advantage lies with Sharks who play at home.

Although they have failed to win any of their last two games at the Nduom Sports Stadium, Sharks have a decent record of 3 wins in their last five. This should inspire confidence in Coach Odartey Lamptey’s side to push for the maximum points.

However, beating Eleven Wonders will be no child’s play and they need to dig deeper to find their gold here.

The game kicks off at exactly 3pm GMT on Friday and will be telecast live on StarTimes via the Adepa Channel 247.

Elmina Sharks’ run of scoring in every home game this season ended in their last defeat to King Faisal.

Eleven Wonders are yet to win away from home (outside Techiman) this season. They have one away win this season and that came in a game against King Faisal at the Techiman Nana Ohene Ameyaw Park

Eleven Wonders have kept only one clean sheet in 13 away matches. That came in a 1-0 against King Faisal at Techiman.