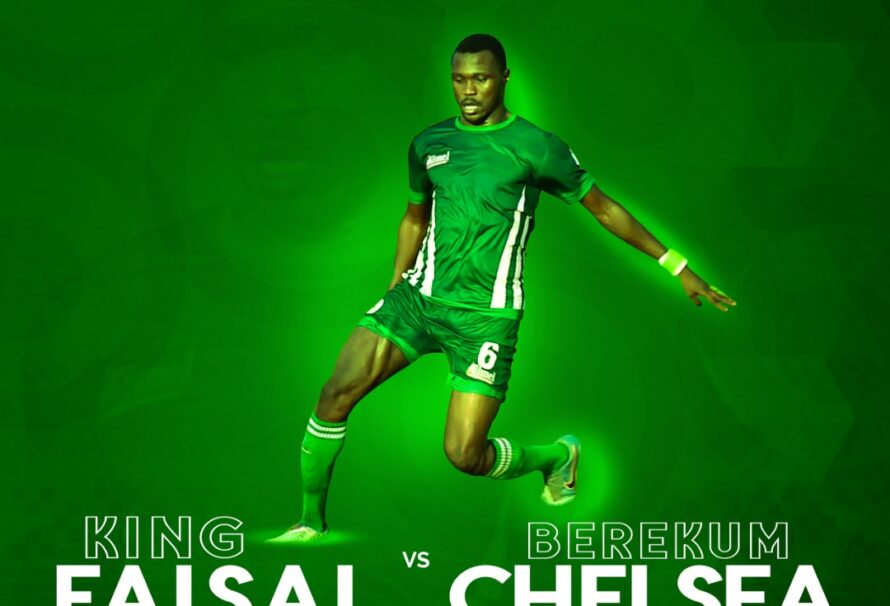 King Faisal will be looking to return to winning ways when they welcome Berekum Chelsea at the Ohene Ameyaw Park on Saturday.

The ‘ Insha Allah’ are coming into the game at the back of a painful defeat to Eleven Wonders .

King Faisal have failed to win any of their last seven games losing drawing four and losing three in the process.

He will be hoping to get his first win for the club on Saturday.

Berekum Chelsea on the other hand are coming into the game following goaless draw against Hearts of Oak.

The Bibires are having an inconsistent season forcing them to replace Odamten with Seth Hoffman.

Hoffman lost his first game against Karela United before drawing second against Hearts of Oak.

The former Hearts of Oak coach will be hoping t to follow it up with a win gainst the bottom club.

Berekum Chelsea is placed 15th on the league log, with 10 Points after ten games.

A win will see them widen the gap between them and King Faisal to six points.

King Faisal will still be without their skipper Micheal Akuffo, while Samuel Kusi and Micheal Amoh have also been rule out.

Prince Otubua could be back in the squad for the game after missing the last game.

From Chelsea Seth Hoffman could welcome back Kofi Owusu, Jordan Opoku and Stephen Sarfo back in the squad after the trio missed their last game against Hearts of Oak m