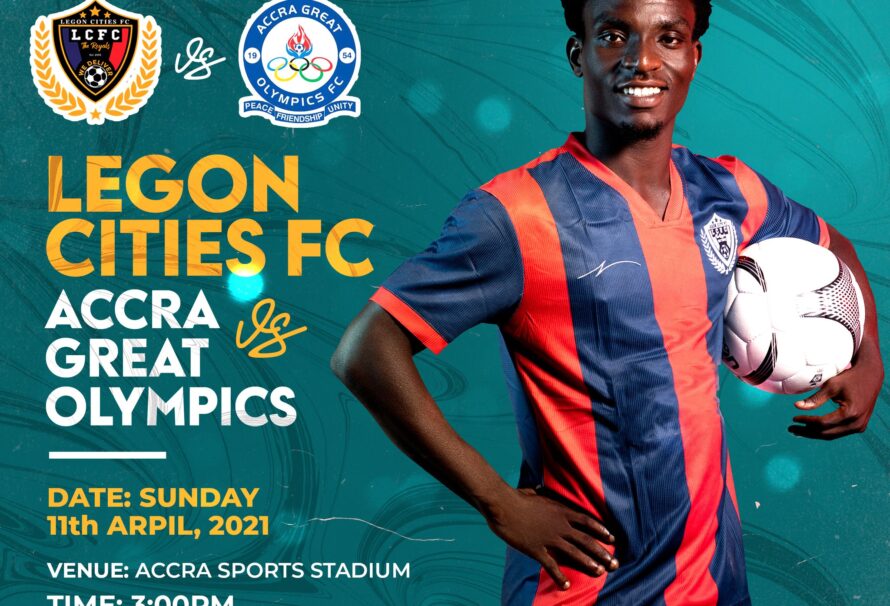 Legon Cities FC will welcome Great Olympics in what will be exciting derby on Sunday at the Accra Sports Stadium in a matchday 19 fixture.

The Royals will be determined to avenge the defeat they suffered in the hands of Olympics in the first round.

Cities will be hoping to get a victory to boost their chances of survival.

They are just one point above the relegation zone and win over Olympics will be very essential in their quest to avoid relegation at the end of the season.

Bashir Hayford will be hoping his side return to winning ways after a disappointing defeat against Berekum Chelsea in matchday 18.

The League leaders will be determined to get another away win in other to consolidate their lead on the top.

Olympics are on the run of three consective wins and a victory against Cities will make it four win on the trots.

Olympics will complete a double over Cities if they beat them on Sunday. The reverse fixture ended 3-0 in favour of Olympics

New signing Victorien Adebayor could make his debut for Legon Cities since completing his move to the club.

Asamoah Gyan could also make a return to the set up after several weeks on the sidelines.

For Olympics, Maxwell Abbey could return to the team after missing the game against Medeama.