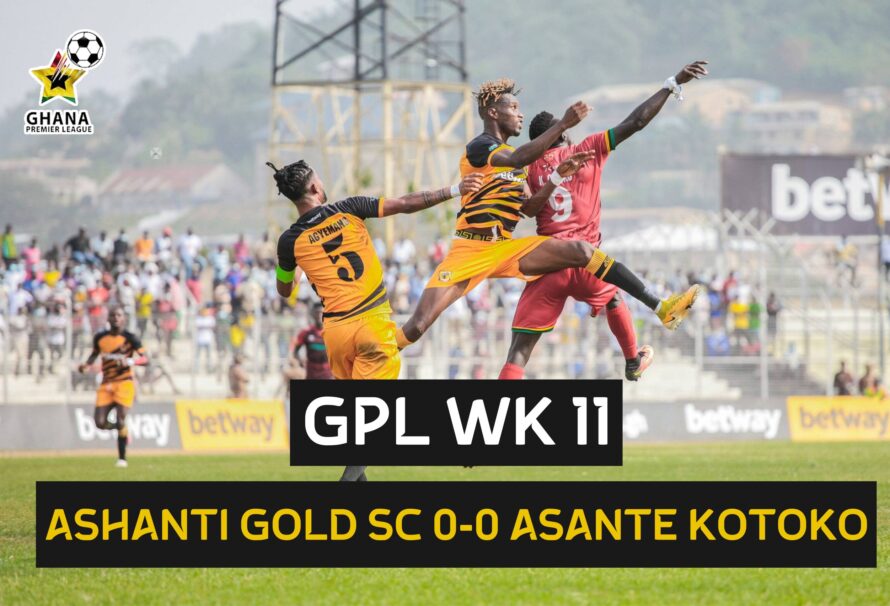 The much hyped Ashanti Derby between AshantiGold SC and Asante Kotoko ended in a goalless stalemate after both side produced what can best be described as a drab performance.

AshantiGold Sc entered this Match Week 11 fixture in search of their first win in last two games while Kotoko were also looking at bouncing back rom their last defeat to Aduana.

Neither team however showed any serious intent at recording such a result as they were too cautious throughout the 90 minutes.

AshantiGold Coach Milovan Cerkovic relegated top striker Hans Kwoffie to the bench for the gme and his replacement Isaac Opoku Agyemang failed to make it count.

Burkinabe goalie Bailou Mohammed also came in for the much criticized Felix Clottey who had been blamed for his side’s heavy loss last week.

Right back Kwadwo Amoako was also slotted in for the injured Appiah McCarthy.

On the part of Kotoko, midfielder Mudasiru Salifu made his first start of the season following his recent recovery from injury.

Also Augustine Okrah made his first appearance for the club since the opening weekend but however had a game for forget and would be replaced in the second half by Emmanuel Gyamfi.

Goalkeeper Bailou Mohammed made two crucial saves for AshantiGold to keep them in the game inside the first 25 minutes. The Burkinabe was equal to the task from a Kwame Opoku left footed strike and also did same when Abdul Ganiyu made an attempt at scoring inside AshGold’s 18 yard box.

Both sides will create opportunities though the visitors were slightly ahead. Christopher Nettey after a failed clearance in the Ashgold box attempted an overhead kick which went inches wide of goalkeeper Bailou’s post.

Eventually the first half ended goalless.

The second half kicked off in a drab manner with Asante Kotoko looking more likely to score.

The Porcupine Warriors will get very close twice in the latter stages of the game. Fabio Gama headed wide with a fee header inside the 6 yard box while Kwame Opoku also failed to find the target after rounding goalkeeper Bailou.

The game ended goalless as neither side really made it count throughout the 90 minutes.

AshantiGold with this result remain without a win in lst 3 matches while for Asante Kotoko, they keep intact their unbeaten away run this season.