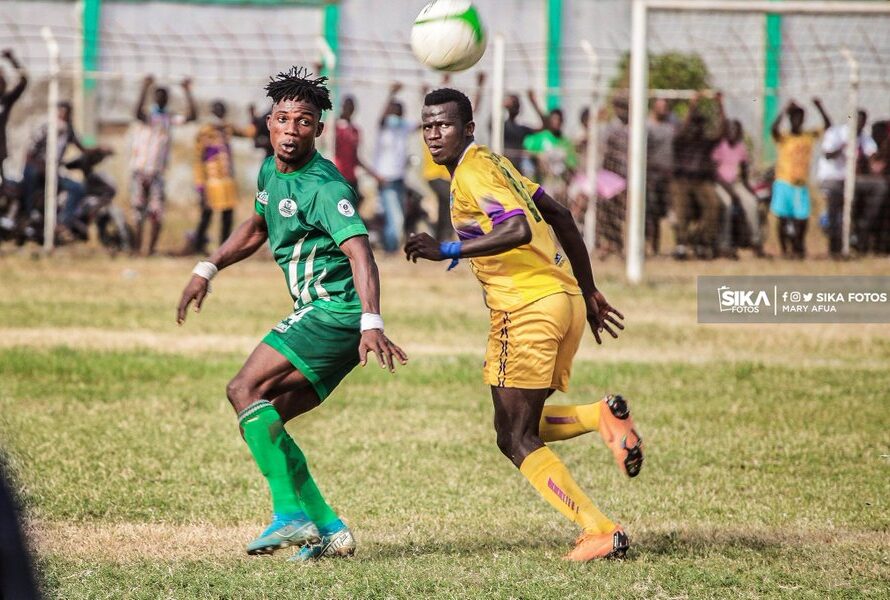 King Faisal edged Medeama SC by a lone goal on Matchday 13 of the 2020/21 Ghana Premier League.

Tuesday’s match was their first ever victory against the Mauve and Yellows in seven attempts.

This is also the first time this season that King Faisal have won back-to-back home league games.

Kwame Peprah’s header in second half stoppage time proved to be the difference between the sides at Ohene Ameyaw Park.

The red-hot striker has taken his tally to 7 goals in 12 matches for the Insha Allah boys.

Peprah has been in inspired form in the ongoing campaign and King Faisal’s hopes of survival will rely heavily on his shoulders.