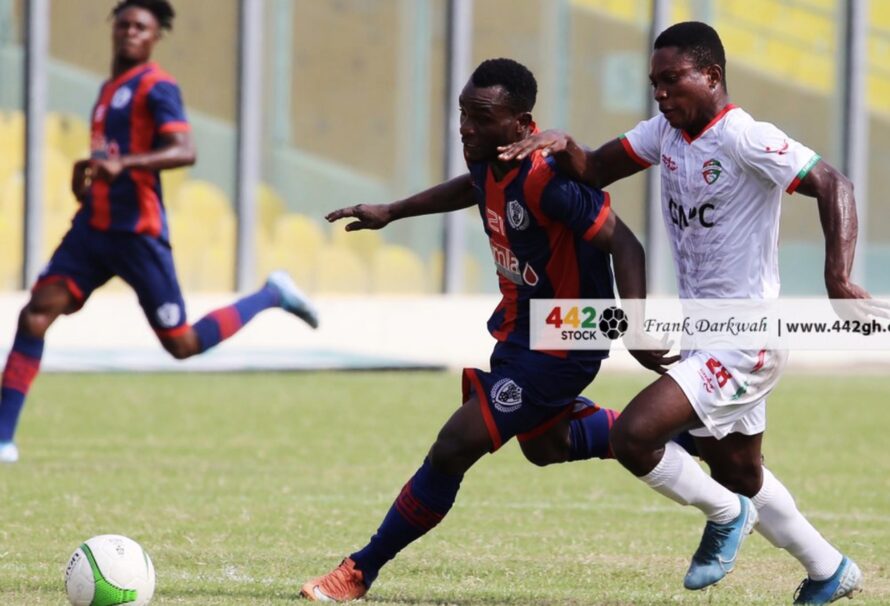 Karela United consolidated their top position by securing an away draw against in-form Legon Cities.

The relegation battling Legon Cities hosted the table-toppers at the Accra Sports stadium for this Match Week 12 encounter.

Legon Cities entered the game rich on form after back to back wins against AshantiGold SC and Inter Allies. Those 2 victories have given them a huge boost in their survival bid.

Karela United were also entering the game with confidence sky-rocketing after a statement making 2-0 win over Medeama SC saw them retain top position on the league table.

The game got off to an electric start with both sides throwing all they had into the encounter.

Despite creation of openings by both teams failed to score resulting in a barren first half.

The second half also ended goalless, with both teams splitting the points evenly. Karela United still lie top of the table with this win and now have 22 points ( 1 more than second placed Great Olympics).

Legon Cities also add up to their points tally; with 13 points now, they have moved 2 points away from the drop zone.