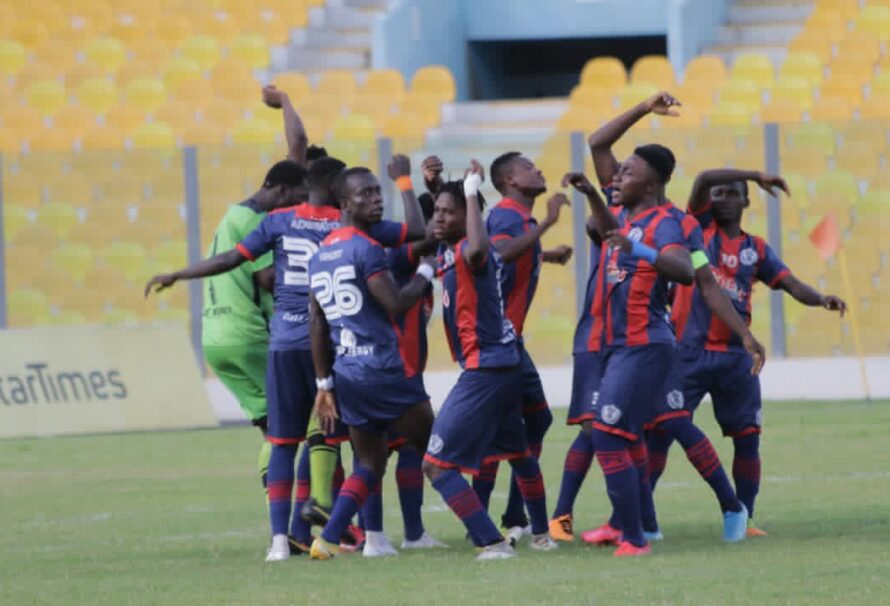 Legon Cities FC secured a vital 2-1 win at home to Liberty Professionals to move up from the relegation zone on match day 24 of the Ghana Premier League.

The Royals had to rally from a goal down to beat the Scientific Soccer lads at the Accra Sports Stadium.

It was the visitors who drew first blood through Karikari who slotted home to give Liberty the lead against the run of play.

However it was short-lived few minutes later as Baba Mahama restored parity for Legon Cities.