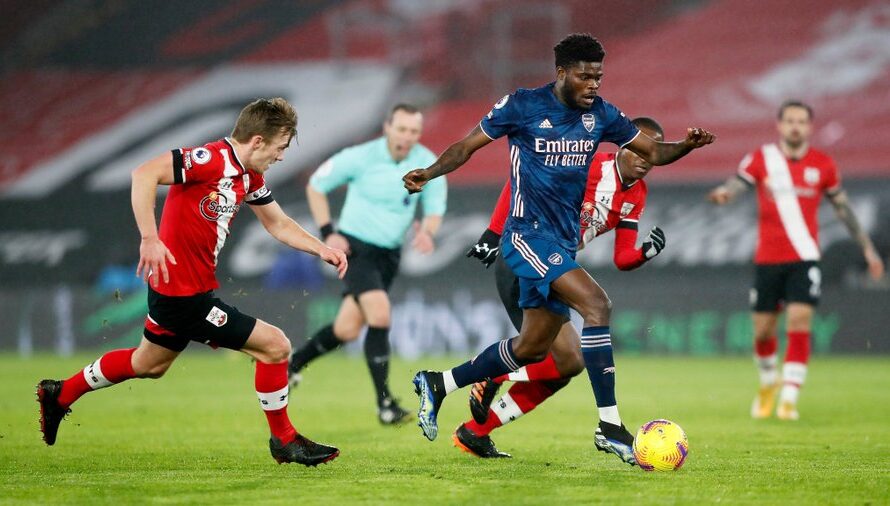 The Ghanaian international wobbled off in the 78th minute, as they overcame the Saints 3-1 at the St. Mary’s stadium.

“We don’t know, we don’t know. He was feeling some discomfort and hopefully it’s nothing, but he was struggling” Arteta told the club’s website after the match.

The Gunners manager admitted that his team have suffered various issues in the past few days due to the congested fixture list which has seen them play Saints twice in just three days.