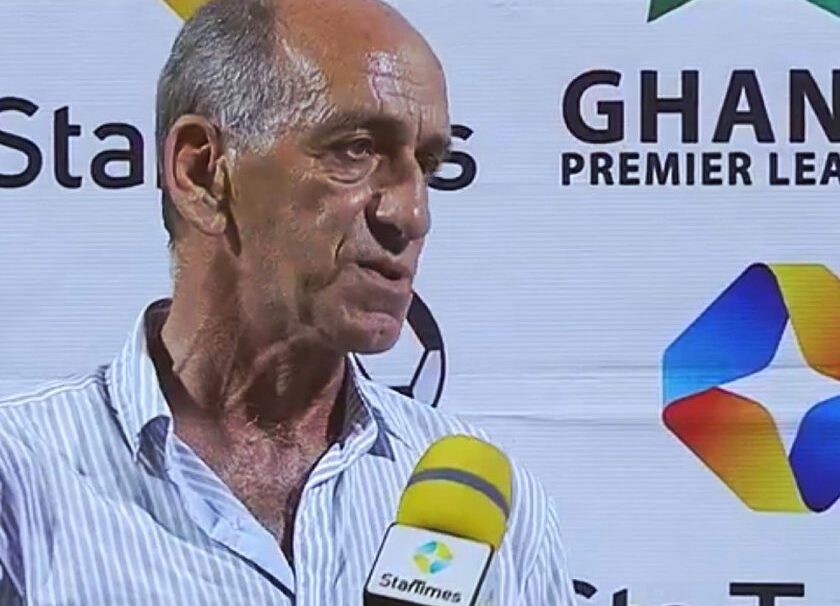 Outgoing AshantiGold SC Head Coach Milovan Cirković has delivered his final message to the club and its followers as he prepares to leave Ghana for his home country.

Both club and coach have mutually agreed to bring to end their contract arrangement that saw him handle the Miners from November 2020.

The Coach in an interview with Oyerepa FM has spoken for the first time since the news was confirmed about his departure.

He told the Kumasi-based radio station that “My health is not the best and have to leave” and denied any reports that he is departing due to a number of challenges.

“It’s not true am running away from any challenges, I am not fit,” the 65 year old added in the interview.

Even before he leaves, Milovan Cirković has wished Ashgold well in the ongoing league season. After taking them to first position on the league table, a dry spell between January and February saw the Miners slip from the Top 4. They are currently 7th on the league log on 21 points, 7 behind league leaders Karela United.

Coach Cirković is however wishing the club well. “I wish Ashantigold all the best in their future endeavors.”

“I wanted to stay longer but that’s not the case. The supporters, players, and management I wish them well,” he concluded.