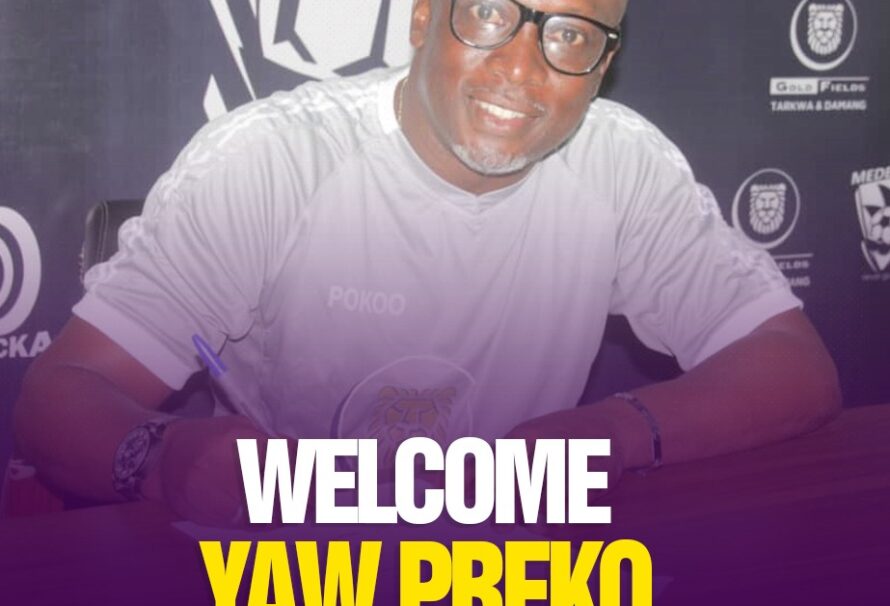 Premier League side Medeama SC have announced the appointment of former Ghanaian international Yaw Preko as the new head coach of the Club.

The former Olympics gaffer will take charge of the club untill the end of the 2020/2021 season.

“Yaw Preko has been appointed as the new Medeama Head Coach until the end of the season.

He moves to Tarkwa following a short spell at fellow Ghana Premier League side Great Olympics.

“It’s feels amazing to be here and I look forward to working with my colleagues and the team,” Preko told medeamasc.com

“I cannot wait to meet my new team and compete in the Ghana Premier League.

“There is huge expectation on this fantastic club and we hope to work day and night to succeed.

“I have a fantastic group of friends including my buddy Yaw Acheampong – whom I will be working closely alongside young and dynamic Hamza Obeng.

Medeama Chief Executive James Essilfie added: We are happy to have Yaw Preko and Yaw Acheampong with us. It’s not easy to get a new coach in the middle of the season but we are know and understand the circumstances.

“We have absolute confidence in the pair who will work closely with Hamza Obeng  and the technical director.

“There is so much to play for and much to achieve this season and beyond. We welcome them to Tarkwa.

Preko and his backroom staff will take his first training session on Thursday and will be in the dugout for Sunday’s Premier League game against against Chelsea in Berekum.