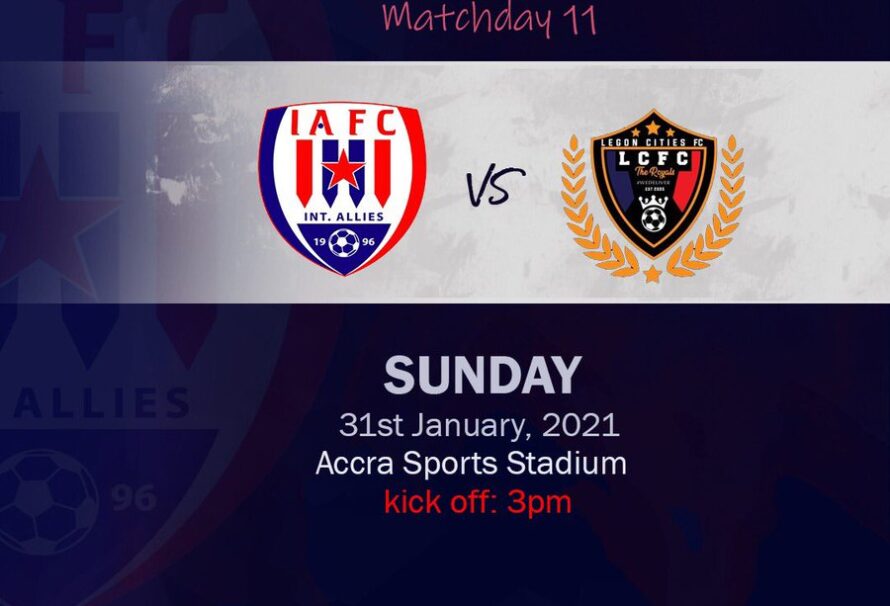 Inter Allies will lock horns with in-form Legon Cities in a Ghana Premier League week 11 fixture which has been dubbed ‘Accra new boys derby’ on Sunday.

After their stuttering start to the campaign, Legon Cities look to have finally found their feet.

The Royals, for the first time this season, defied odds to record their first back-to-back home victories against WAFA and AshantiGold SC.

Their purple patch has seen them move two places on the standings, jumping from 18th to 16th.

Inter Allies on the other hand have been in poor form and are currently bottom of the league table.

The Capelli boys have won just two league games this season with victories against Hearts of Oak (1-0) and Techiman Eleven Wonders (1-0).

Their last game ended in a disappointing 2-1 defeat to Medeama SC at the Akoon park at Tarkwa.

The Eleven is to One side will need to be at their very best to snatch all three points against Legon Cities who have improved tremendously in recent outings.