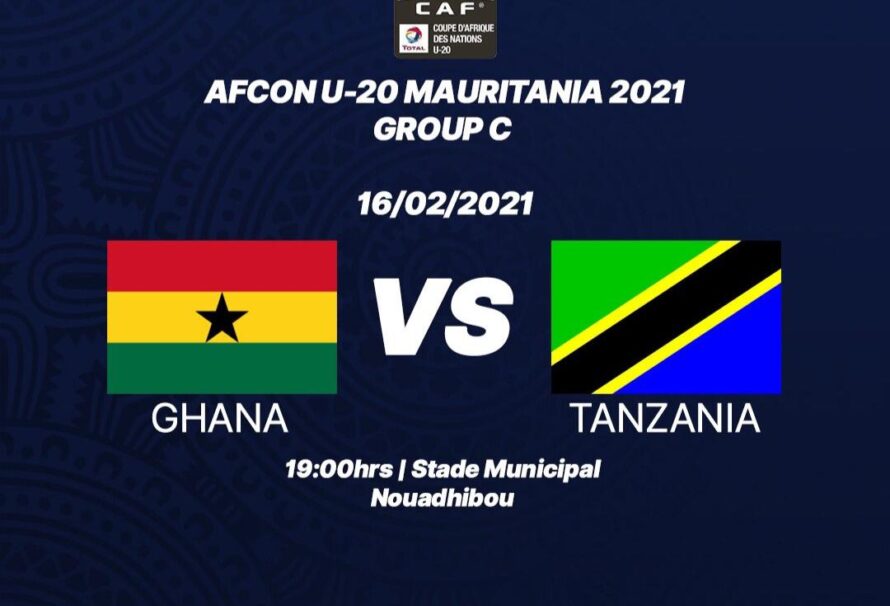 The Black Satellites of Ghana will begin their quest to conquer Africa at the youth level on Tuesday when they face their Tanzanian counterparts.

Both teams are housed in Group C of the ongoing AFCON U-20 tournament in Mauritania.

The Black Satellites who are making a 12th appearance at the junior tournament qualified by virtue of winning the West Africa Zone B championship.

In Tanzania they face an opponent, who are making a debut appearance at the competition.

Tanzania come in as one of two teams from the Central East Zone alongside Uganda and will be keen to prove they belong despite lacking tournament experience.

It’s been 12 years since the team last triumphed at this stage and Coach Karim Zito believes his side have belief they can make amends this time around.

He told the pre match press conference, “We were champions in our zone, so we’re here to try and go for the ultimate. That is the right mind we brought to Mauritania”.

Zito understands this and wants his boys to start well.“Seriously it will be a big opportunity for us if we are able to win the first game. Winning the first game gives you the motivation to play ahead.

”During the WAFU B, we were able to beat Nigeria and that carried us to the semi finals.

Aside Tanzania, Ghana will also face Morocco and Gambia in Group C. Karim Zito believes his focus now is on clearing the Tanzanian hurdle before thinking about the others.

“I won’t say playing Tanzania is a must win, but winning is our first motto. I cannot talk about Morocco if I have not finished with Tanzania. For now, Tanzania is my headache. If I am able to go through with Tanzania then the rest will follow,” he said.

The game will take place at the Stade Municipal de Nouadhibou with Referee Mehrez Melki from Tunisia taking charge.

Kick-off is slated for 4pm GMT.