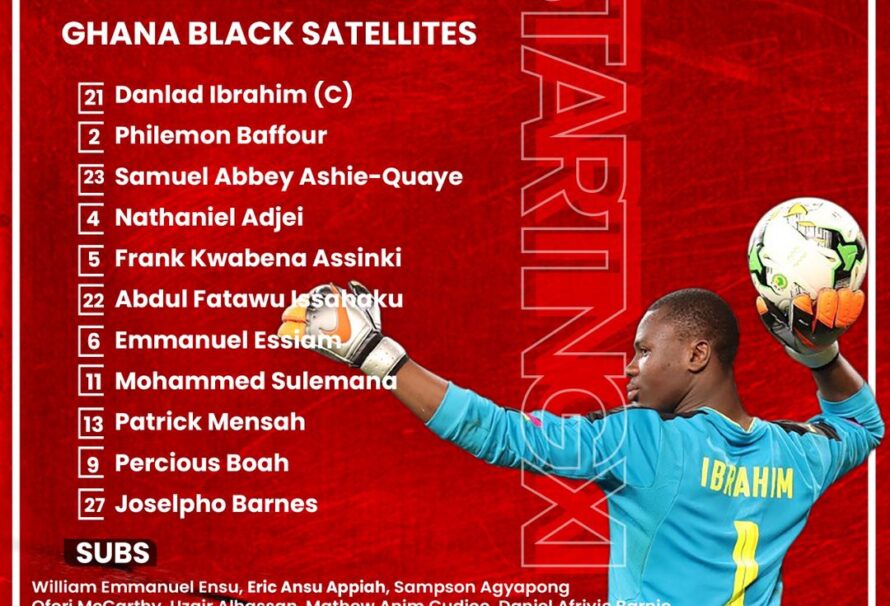 Ghana coach Karim Zito has altered his line up for the clash with Morocco, staring Patrick Mensah ahead of Eric Apau.

Ghana will be taking on the Atlas Lions of Morocco in the second group game of the tournament after a wonderful start to the season with a 4-0 win over Tanzania.

After trashing Tanzania in their group opener, Coach Karim Zito surely wants to maintain the same team for the crucial encounter against the North African side with just a change to the line up.

Asante Kotoko goalkeeper Danlad Ibrahim has been maintained in post with Philimon Baffour starting from the right back position.

Samuel Abbey-Ashie Quaye has also been maintain for the left position.

Frank Assinki and Nathaniel Agyei are starting at the heart of defence as the same pair that played against Tanzania.

In central midfield, Emmanuel Essiam and Abdul Fatawu Issahaku will maintain their position in the middle with Sulemana Mohammed and Patrick Mensah playing on the flanks.

Mensah replaces Eric Apau who appears to have not impressed coach Zito in the first game.

Percious Boah of Dreams FC and Joselpho Barnes will continue to lead the attack for Ghana.

Below is Ghana’s XI to face Morocco