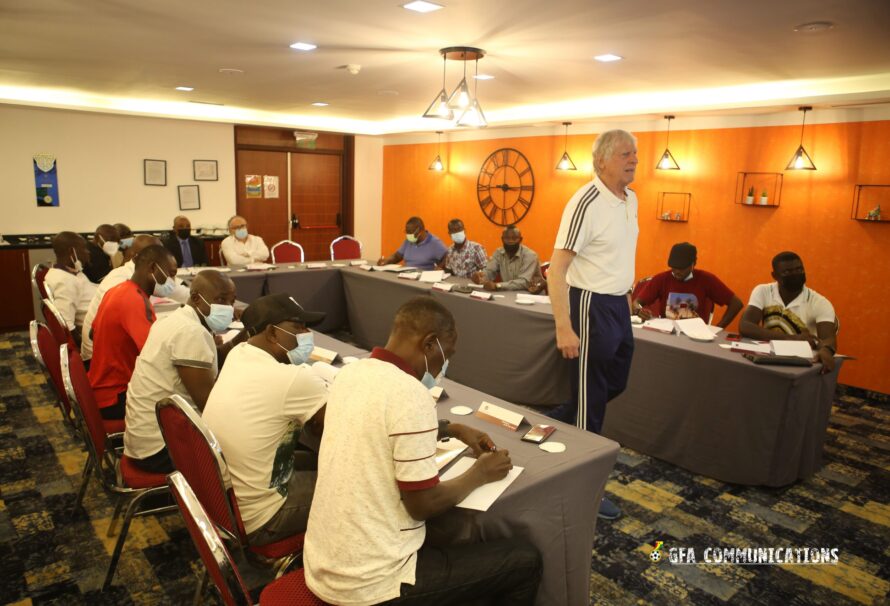 President of the Ghana Football Association Kurt Edwin-Simeon Okraku has assured the national team coaches of the six male national teams of more training seminars towards supporting their capacity building.

The President, on Tuesday interacted with the national team coaches who are currently undergoing a one-week seminar at the Accra City Hotel, and reiterated his desire to ensure Ghana produces some of the best coaches on the continent.

He added that his major aim is to support the capacity building of local coaches and assured them of his support towards their development and the development of the game.

He added that some of them will soon be traveling out of the country in similar capacity building exercises.

Erich Rutemoller, a former Germany International, Football Coach and Coaches Instructor is the facilitator of the course.

The 76-year-old former coach of FC Köln and Hansa Rostock, is also a former assistant coach for the German National Team. He worked as an assistant from 1994–2004 and served as interim coach from 1996–97.

All six male national team Coaches of Ghana including Samuel Boadu (U-15), Ben Fokuo (U-17), Abdul Karim Zito (U-20), Samuel Kwesi Fabin (U-23), Ibrahim Tanko (Black Stars B) and Charles Kwablan Akonnor (Black Stars) and their assistants are taking part of the course.

Watch the President’s interaction with the coaches: