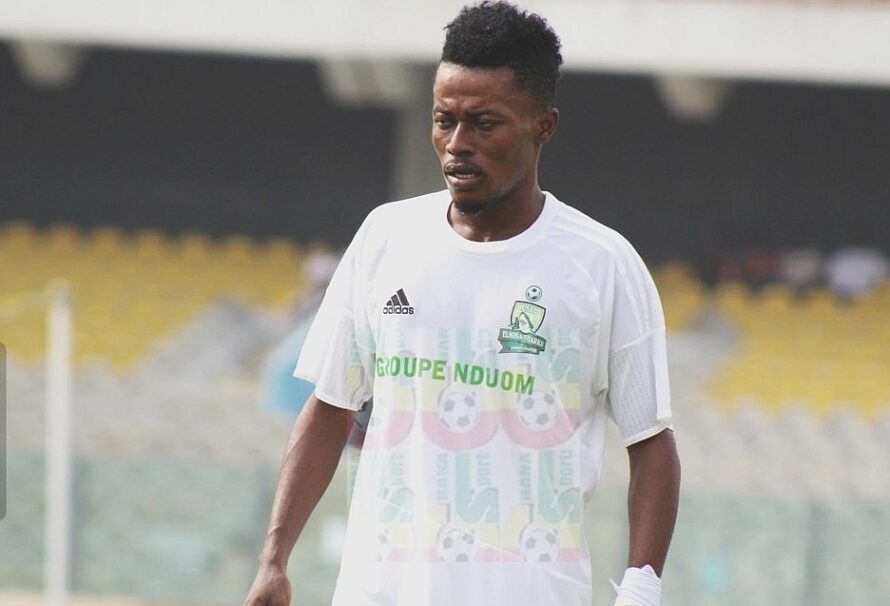 Elmina Sharks Head Coach has hinted of Benjamin Tweneboah’likely exit from the club.

Tweneboah was absent during last Monday’s Premier League clash against Berekum Chelsea at the Nduom Sports Stadium at Elmina. It was the second consecutive game he had missed.

In his absence the club labored to a 1-1 draw, a result that drew disappointment from the Coach.

Speaking during the post match press conference, Yaw Acheampong has revealed that the player has contractual issues to address with the club hence his absence from the match day squad.

He went further to cast doubt as to whether the talismanic midfielder will ever turn out for the club again.

“We have contractual issues with some of the players which we’re trying to fix,” he said.

“Unfortunately Benjamin Tweneboah decided (not to play). I don’t know if he’s still with us,” he further revealed.

Tweneboah has been linked with moves to Medeama SC, Hearts of Oak and AshantiGold SC.

With the ongoing issues of Player contracts impacting negatively on on-field performance, Coach Yaw Acheampong has promised to have talks with the players to work out a way forward.

“Looking at the performance today I wasn’t okay with it. I don’t know the factors until maybe I meet the players and if they have something in them, we’ll trash it out.

“Maybe there’s a problem because I haven’t seen Elmina Sharks play like this before. We need to sit down with them and talk.

“I believe gradually things will be fine,” he assured.