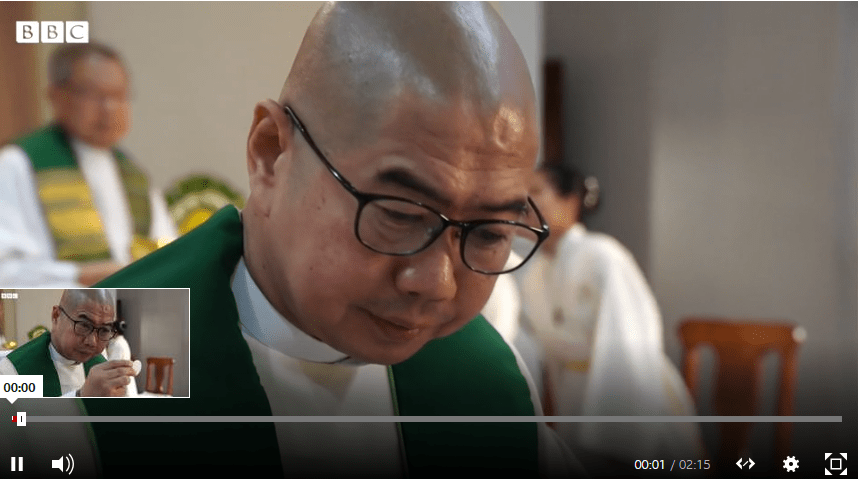 Popular Philippines’s anti-‘drug war’ priest and ardent critic of the President, Rodrigo Duterte has been charged with treason.

BBC report, Father Flavie Villanueva, a Catholic priest is set to stand trial on charges of “conspiracy to commit sedition” over an alleged plot to oust President Rodrigo Duterte.

He has been accused, alongside 10 others, of being behind a viral video series that the government says tarnished the president’s reputation.

Father Flavie has denies the charges leveled against him by the President.

The reformed drug addict turned a preacher of the gospel and voice of the voiceless, drug addicts and the homeless, most especially, had been a fierce critic of the president’s “war on drugs”, which since July 2016 has seen thousands killed in police operations.

The law permits the public to kill criminals and drug addicts and had seen dozens of unarmed drug suspects murdered by the police and plant guns and drugs on them subsequently as prove of evident.

The development which had been criticized by the United Nations and others had so far deprived thousands of Philippines children their parents, some of whom are in the care of the Rev.Father at a shelter  he established  for the homeless.