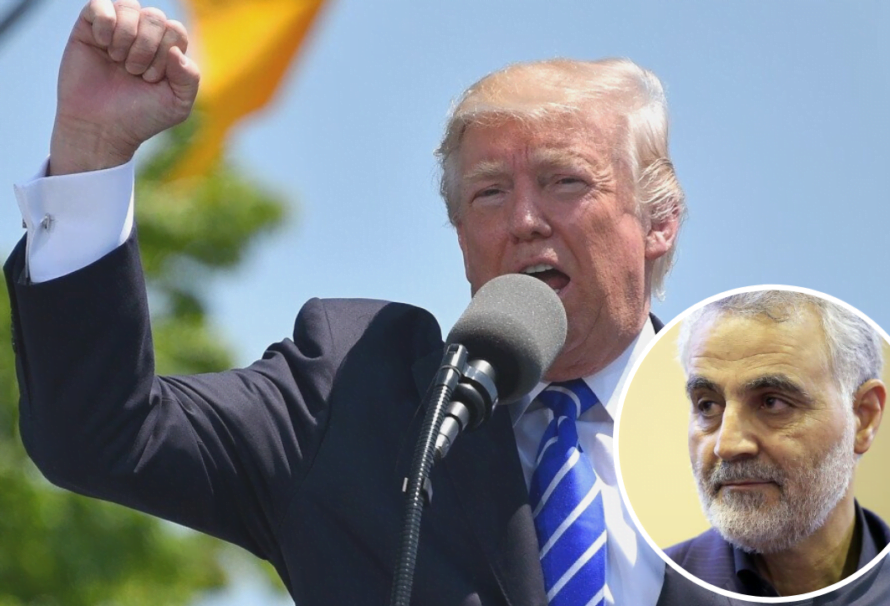 Iran has issued an arrest warrant for the arrest of the President of the United State of America, Mr. Donald Trump.

The arrest is in connection with the death of Iran’s Commander of the Islamic Revolution Guard Corps (IRGC) Qasem Soleimani, who was killed by a drone strike in January this year.

The Semi-Official Fars News Agency on Monday, June 29, 2020, reported that the US President was on top of the 36 wanted lists in which Iran issued the arrest warrant.

According to the news agency, Tehran Attorney General, Ali Alqasi Mehr has claimed that Donald Trump would be prosecuted as soon as he steps down from the US Presidency.

READ ALSO:  COVID-19: Arrest the well to do who sit at the pubs on weekends as well - Dr Bediako

The country is also said to have asked Interpol to issue a Red Notice for the 36 individuals.

However, in a statement to CNN, Interpol said it “would not consider requests of this nature.” It explained that it was not in accordance with its rules and constitution, which states “it is strictly forbidden for the organization to undertake any intervention or activities of a political, military, religious or racial character.”

Qasem Soleimani was killed in a US drone strike at Baghdad. Image / Anadolu Agency (Getty Images)

Iran’s Commander (IRGC) was killed in a US drone strike at Baghdad International Airport in January together with five others.

Prior to his death, President Trump had called for his head several times, describing him as a ruthless killer, responsible for the death of hundreds of Americans and US allies.

US Special Representative for Iran, Brian Hook, in a joint press conference with Saudi Minister of State for Foreign Affairs Adel al-Jubeir described the issuance of the arrest warrant as a political stunt.