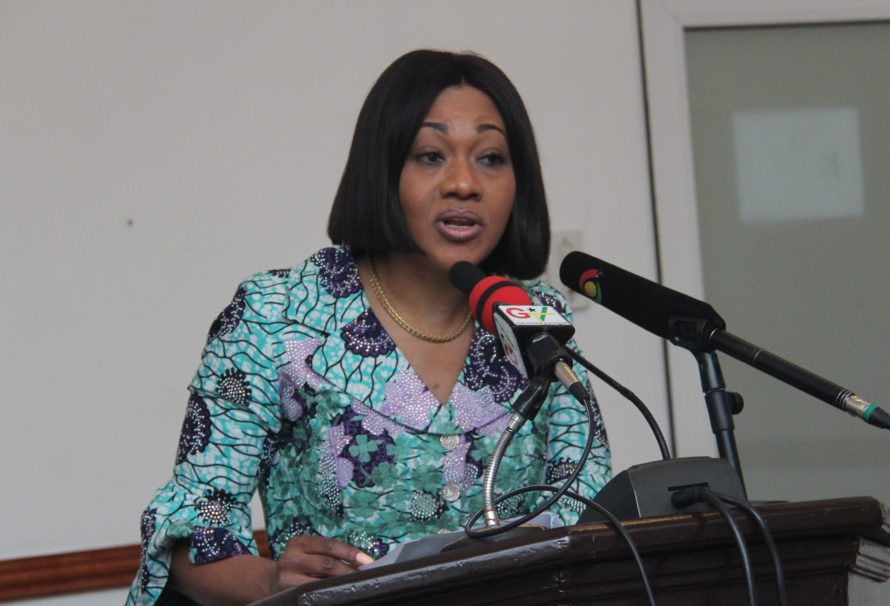 Mrs. Jean Mensa, Chairperson of the Electoral Commission of Ghana

A total of 16,963,306 voters have been registered in the mass voter registration which ended last week, the Electoral Commission of Ghana has announced.

Mrs. Jean Mensa, Chairperson of the Electoral Commission, announced this on Wednesday at a press conference in Accra.

The figures, she explained, were provisional as they were awaiting the processes of de-duplication and adjudication.

She noted that at the end of the registration exercise, women comprised of 51.73 percent while men took up of 48.27 percent.

The EC Chairperson added that at the end of the exercise, 762,944 18-year-olds had registered as first-time voters which represented 4.5 percent of the total register.

Out of the over 16 million registered, 60.09 percent presented the Ghana Card, 37.99 percent used the guarantor system, and 1.92 percent registered with the passport.

The number of applicants registered without fingerprints and would be verified on election day using facial recognition features is 61,995 representing 0.37 percent of the total number of registered voters.

The Upper East Region had the highest number of this class of applicants with a total of 9244 found to have problematic fingerprints.