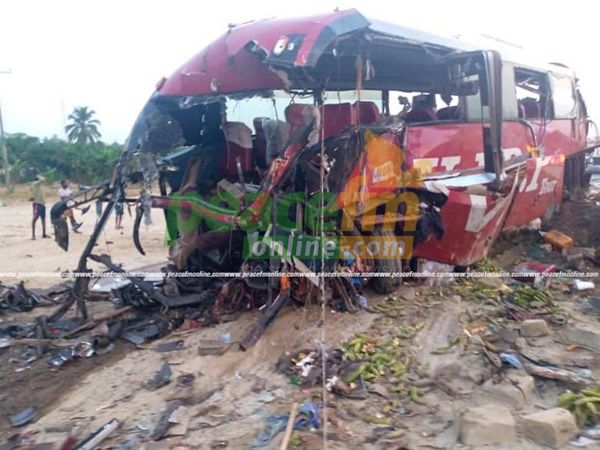 16 persons have reportedly lost their lives in a gory car accident which occurred at Akyem Asafo Junction in the Eastern Region of Ghana.

Several others Peacefmonline said had sustained several degrees of injuries in the accident.

The buses were traveling from Accra to Kumasi and from Sankore in the Bono Region to Accra respectively when they run into each other.

The report indicated eyewitnesses account revealed the Kia Grand Bird vehicle was overtaking 4 trucks including a fuel tanker on a hill section of road but sped directly against the VIP bus which was also descending the hill.