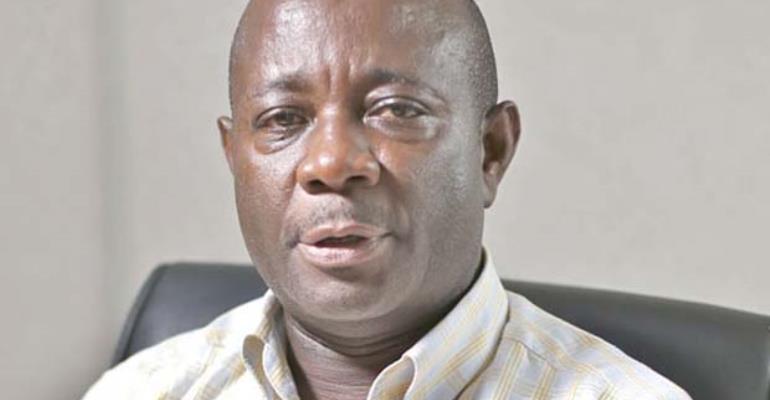 The Founder and Presidential aspirant of the United Progressive Party (UPP), Akwesi Addai Odike have expressed his anger over his disqualification from the 2020 presidential election by the Electoral Commission.

He, has, therefore; called on God to deal with the Commission and its allied parties working towards the downfall of his party.

“The signatures they say some are inconsistent; one person has signed 4times, I want to ask the lady that we should give all the signatures of the 12 candidates who had qualified to a signature expert and see if all the signatures are consistent. If the lady know that not all signatures will be consistent and she had stood on it to disqualify me, I give the lady who is a woman to Jesus Christ up there, God who knows the heart of man, that if they are doing the bidding of some people, God should deal with them”.

Mr. Odike made the comment in a telephone interview on United Television’s Prime Time News on Monday after the commission announced his disqualification from the presidential race.

The presidential aspirant who had been denied his bid for the presidential polls on two consecutive times said his disqualification was deliberate adding that the EC was doing the bid of the government.

“I summon all of them to God, God in heaven you are the one who fights the weak’s battle for them, God, anyone who has a hand in this qualification, God deal with them,” he added.

According to him, the EC chair was very much aware of the injustice being committed against him and called on her to ask God for forgiveness if she truly has a heart within her.

“If any disturbances happen in Ghana and it will worry that woman, then the woman should go to church and go and ask for forgiveness from God because all of her ways show that she is not truthful,” he said.

Mr. Akwesi Addai Odike was among five aspirants the Electoral Commission of Ghana on  Monday, October 20, disqualified from the 2020 presidential race scheduled to take place on December 7.

His disqualification brings to two the number of times the presidential hopeful’s dreams of ascending to the highest office of the land had been dashed.

Mr. Odike lost his bid to contest in the 2016 elections over a lawsuit by his own party, UPP, challenging his membership and his capacity as the flag bearer of the party, four years after he run on behalf of the party in the 2012 polls as its flag bearer.