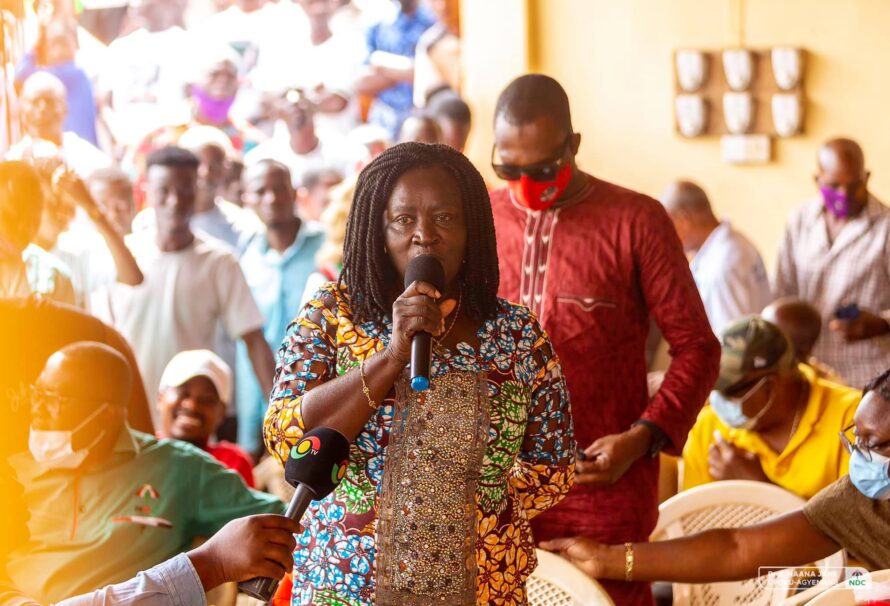 An all-inclusive government would be the focal aim for the National Democratic Congress (NDC) when elected into office, the running mate for the NDC has said.

Professor Jane Naana Opoku-Agyeman, running mate for the NDC made this assertion during a courtesy call to the Suhum Palace as part of a campaign tour in the Eastern Region.

Speaking at the Palace she stated that through this method each citizen irrespective of social standing would be given a fair stake in the handling of the affairs of the nation.

“It is our belief that each individual has value and it is through this that the values of each person is within our manifesto,” Professor Agyeman added.

She acknowledged the tremendous infrastructural developments that occurred in the Eastern Region during the previous NDC administration, adding that more would be done when NDC is elected into office.

“We assure you that the next administration would not abandon anyone no matter your profession be it farmer, teacher, or market women,” the running mate added.

Professor Jane Naana Opoku-Agyeman further stressed the need for all citizens especially women to vote in the upcoming elections.

Also at the palace, National Chairman for the NDC, Mr. Samuel Ofosu Ampofo, added that the NDC would set up a ministry where the needs of the youth would be addressed and resolved.

Osabarima Ayeh Kofi, the Suhum Chief asked the NDC to showcase their previous achievements to the people so that they would verify them and possibly aid those who vote based on achievements in making a choice in the upcoming election.