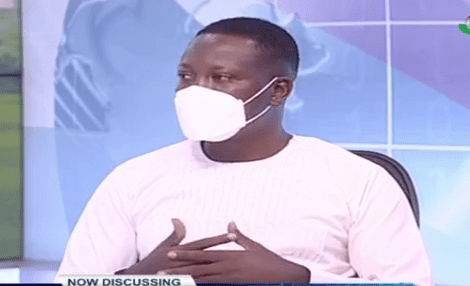 A Biomedical Laboratory Scientist of the Noguchi Memorial Institute for Medical Research in Legon, Prosper Senyo Sokpe, a survivor of the COVID-19 disease has disclosed he was denied services of the Ghana Ambulance Service when he was in dire need of it.

According to him, he called the service to enable him transport himself to a COVID-19 isolation and treatment center on December 16, 2020 but he was told by the Ambulance Service had stop carrying COVID-19 patients.

“When we called ambulance, I was told they don’t use the ambulance to carry Covid patients again” he said.

“They told the nurse that they don’t use the ambulance to carry Covid patient again, they have stopped. The lady was trying to find out why but the line went off” he added.

Mr Senyo Sokpe, a frontline health worker in the fight against the disease was sharing his Covid-19 experience on TV3 Newday on Monday, January 18, 2020 monitored by GhanaPlus.com.

He indicated prior to calling the ambulance services he had called treatment centers including the Korle- Bu Teaching Hospital and the Greater Accra Regional Hospital(Ridge) but he was told the facilities were full.

He again mention he called the University of Ghana Medical Center but was also told the facility had closed down it COVID-19 treatment outlet.

Having tested positive to the disease for the second time, he explained he was in an excruciating pain and running high on temperature and needed to check himself at a facility to be attended to since he was not in the condition to drive himself to the facility late in the night.

He was however, disappointed by the responses he got from of all his attempt to do so adding he even got annoyed at a point.

“I called a colleague that I think he has to help me that night because I had a car but I couldn’t to drive because of what I was going through. I was not able to breathing properly, I was finding it difficult to breath, is as if the air around me is not enough so he came and took me, so we got to Ga East, when we got to Ga East, the security at Ga East said I am not in an ambulance so I cannot , they won’t accept me.

He noted as a frontliner, he expected a better treatment other what he was offered.