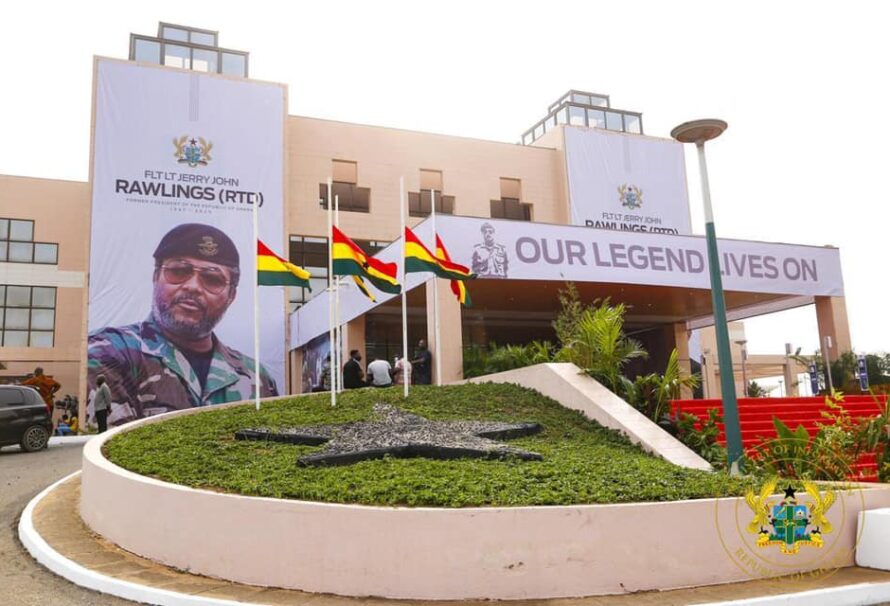 The day-two event is solely to grant various heads of security agencies, leaders of political parties, traditional and religious leaders as well as the  Ghanaian public the opportunity to pay their final respect to the man who lead the country in nearly two decades by filing past his mortal remains  laid in state at the International Conference Center in Accra .

Already some leading members of the National Democratic Congress, a party he founded including it National Chairman, Samuel Ofosu Ampofo, the General Secretary, Mr Johnson Asiedu Nketia , the Deputy General Secretary, Peter Boamah Otokunor, the Director of Elections, Afriyie Ankrah, businessman and member of the NDC, Alfred Woyome among others have already file past the mortal remains of J.J Rawlings.

READ ALSO:  I had sleepless night over Ghanaian students stuck in China during Covid-19 out break - President Akufo-Addo

Staffs of the Office of the late President and some former government officials who worked directly with the late President have also file past his mortal remains with many Ghanaians awaiting their turn to do same while going through the process.

The general public has up to 6pm, Monday, January 25, to pay their final respect to the charismatic and legendary leader of Ghana.

All COVID-19 protocol had been put in place with personnel stationed at vantage points to assist mourners to adhere strictly to the protocols at the funeral grounds.

The former President died on Thursday, November 12, 2020 while on admission at the Korlebu Teaching Hospital after a short illness.