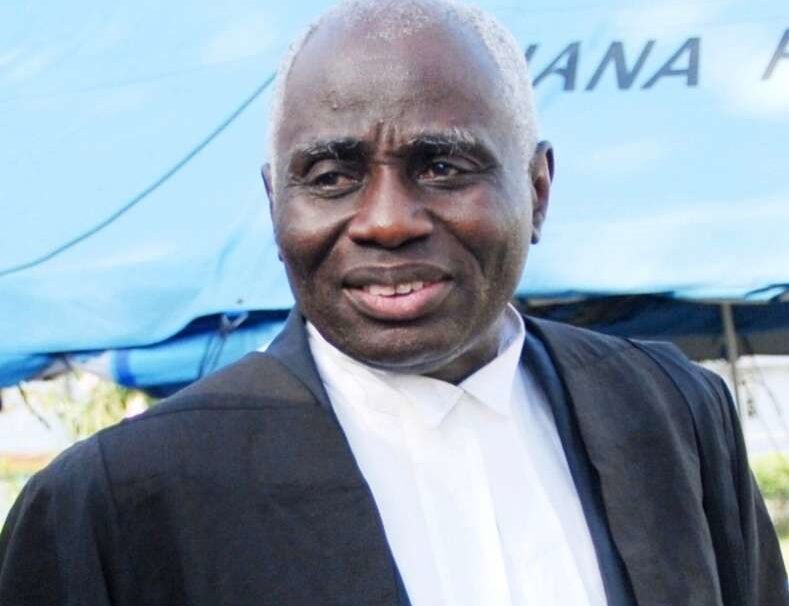 Lawyer for the Petitioners in the ongoing 2020 election petition at the Supreme Court, Lawyer Tsatsu Tsikata has said that following the timelines spelt out in the new Supreme Court (Amendment) (No.2) Rules, 2016 (C.I. 99) will lead to great absurdity.

However, addressing the issues in court on Thursday, January 28, Lawyer Tsikata noted those timelines in his view were set merely to guide proceedings of the court in hearing the petition, most especially, in complying with making judgment by March and not necessarily to be followed rigidly adding interpreting it as it looks would be great illogical.

READ ALSO:  The election was free and fair - Koku Anyidoho

“And finally my Lords, the reference that is consistently being made to strict timelines under C.I .99, respectfully, my Lords, we are saying that what the application sought to do was actually to facilitate those timelines, especially, in terms of judgment by March being complying with”.

“My Lords with respect this very simple way of trying to interpret rule 69 C4 will lead to great absurdity if we follow It” he said.

He questioned if the petitioners application could be interpreted as being in breach of the C.I. 99 since it was filed few days earlier than the stipulated date mentioned by the C. I.

“And my Lord if we wanted to be literal and mechanical about the meaning of those timelines, we will draw your Lordships attention to one very simple example, the timelines put filing and serving of process of the petition in January, for instance, January its stated in C.I. 99, rule 69 C(4), it said January, filing and servings,” the renowned lawyer said.

“Are our Lordship going to say that because we filed on the 30th December and the process was served by the 31st of December, therefore, we did not comply with the strict timelines in C.I.99?”,he quizzed..

“Are your Lordships going to say that,” he emphasized.

Supreme Court, (Amendment) (No.2) Rules, 2016 (C.I. 99) passed by Parliament of Ghana in 2017, gives the court 42days in which a presidential petition was to be determined starting from the day the petition was filed.