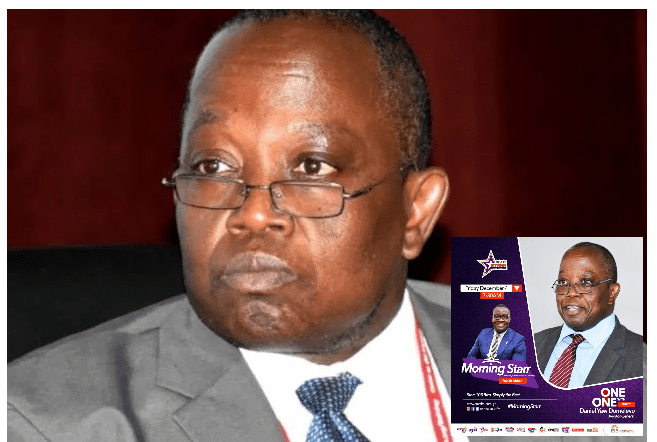 Auditor-General, Daniel Domelevo back out of Star FM interview

The much anticipated Star FM’s interview with the former Auditor-General, Daniel Domelevo has been cancelled.

Information shared by the radio station on its Facebook page said the Auditor-General made the decision not to appear on the programme early this morning on the advice of his lawyers.

“The scheduled interview with Auditor-General, Daniel Domelevo has been cancelled this morning on the advice of his lawyer,” the information from the radio station read.

Star FM, a subsidiary of the EIB Network, yesterday announced on its social media platforms an interview with the former Auditor-General, Daniel Domelevo on its morning current affairs programme, Morning Star.

The interview to be hosted by the station’s renowned presenter, Francis Aban, was scheduled to start at 7:30 am.

Much anticipated to be one of the hostess and information filled, especially in the areas of corruption, many were looking forward to hearing from the Auditor-General directed to proceed on leave by the government some month ago amidst all of its brouhaha and confrontations between the two major political parties, the New Patriotic Party (NPP) and the National Democratic Congress (NDC).

It is, however, unclear the reasons why his lawyers gave the advice.