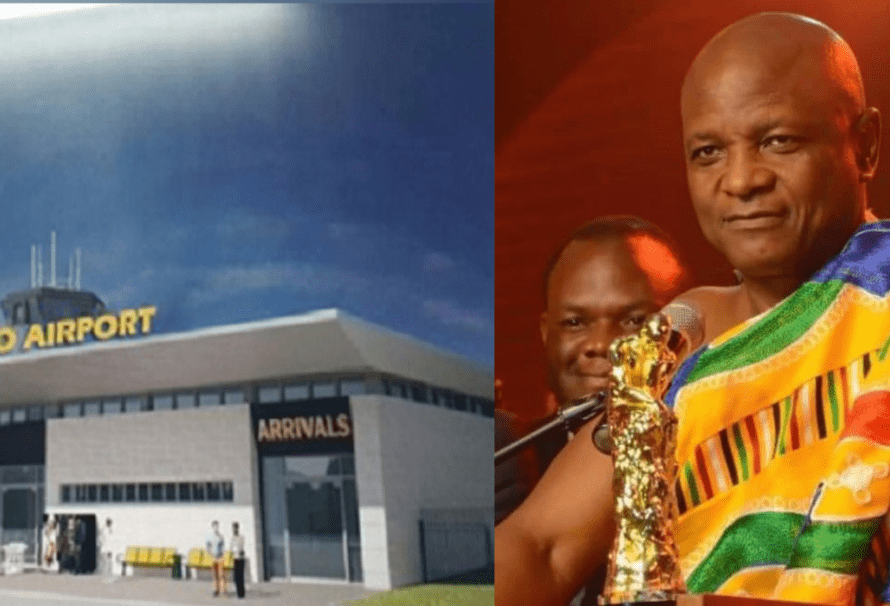 The Former Chairman of the National House of Chief and the Agbogbomefia of the Asogli State, Togbe Afede XIV has described the Ho airport as an asset to the West African sub-region.

That he said was because the benefit of the airport would not be for only Ghanaians but countries within the sub-region as well.

“This is not only for the people of the Volta Region; it is for all of us from Ghana and beyond,” he stated.

Togbe Afede who also doubles as the President of Asogli Traditional Area, graphiconline report made the remarks when Africa World Airlines (AWA), a private airline operator organised a historic test fight from the Kotoka International Airport (KIA) in Accra to the newly completed Ho Airport in the Volta Region on Thursday, April 15.

The test flight was to ascertain the preparedness of officials to operationalised the $25-million facility for commercial activities in the days ahead.

READ ALSO:  Anybody who protect EC from providing the documents we requesting is hiding something

Speaking at the event, Togbe Afede, Founder and Co-Chairman of AWA said the event was a dream comes true.

According to him, even before the operationalisation, the airport had served numerous purposes for the state, some of which was supporting emergency evacuation and security operations and was optimist it would even do more now.

“From today, we expect that ordinary passengers will be able to travel from here to Accra in a journey that wills last 20 minutes, which means that the traveling time between here and Accra will be cut short,” he told the excited gathering.

He called for the patronage of the airport by Ghanaians to enable it reap it full potential adding it was more economical way of traveling.

“I will encourage all of us to take advantage of this, by not only those who go by passenger busses but also those who drive their own cars. I think that this is a more economical way of travelling to Accra, more efficient and more convenient,” he stated.

He noted aside from easing traveling difficulties, the airport would serve as springboard to boost the tourism sector in the region and other sectors of economic importance.

Togbe Afede was grateful to the Former President John Dramani Mahama under whose administration the airport was established.

He also commended the government and stakeholders for ensuring the operationalistion of the airport.

The Ho airport was constructed in 2017, 2years after the then President, John Dramani Mahama cut sod for it construction in 2015.

The $25-million facility, was in line with government’s goal to have airports in each of the country’s and is expected to boost socioeconomic development in the region.