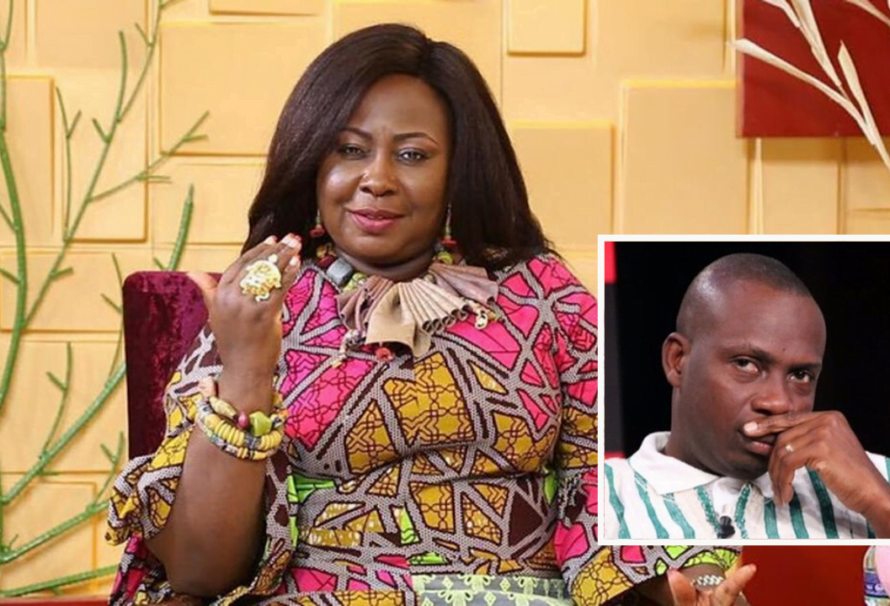 I did Not endorse Behavior of Counselor Lutterodt - Oheneyere Gifty Anti

The Chief Executive Officer of GDA Media Limited and host of The StandPoint, Oheneyere Gifty Anti has said that she has never endorsed the behavior of Counselor George Lutterodt as it is been speculated.

According to her, she hosted Counselor Lutterodt on two occasions only, describing the accusations leveled against her by a section of the public as unfortunate.

“Yes, he’s been on The Standpoint before. On two occasions. November 2013 and February 2016. His last appearance was on 19th February 2016. I find it interesting and quite unfortunate that I am being accused of endorsing his behavior because he’s been on The Standpoint before, irrespective of what he talked about on the show” she said in a Facebook post.

The Royal wife of the Chief of Adumasa, has, however, apologized to Ghanaians, if hosting the loud mouth counselor on her show years ago, created the impression of her endorsement for Counselor George Lutterodt’s brand other than the intended purpose of the show.

“But then again, if in the programme’s 12 years of existence our ‘biggest crime’ committed, was letting him come on the show 4 years ago… I Totally apologize … And I keep using ‘I’ because I take full responsibility as the executive producer and Host” she emphasized.

Her post comes in the wake of the public outcry over unpleasant comments the marriage counselor was reported to have made concerning rape victims.

The counselor has since come under intense criticism from the public with others calling for him to be ban from television and radio platforms in the country.

Oheneyere Gifty Anti and The StandPoint

Oheneyere Gifty Anti is the CEO of GDA Media Limited, producers of The StandPoint, an educative programme which prides itself on Listen to the feminine side.

With educative, influential, enlightening, powerful, discerning, empowering, comforting, and eye-opener as its accolades, the show over the years has educated many Ghanaian homes on issues usually affecting women and children.

It has created a distinctive niche of being the number one women and children centered show in the county.