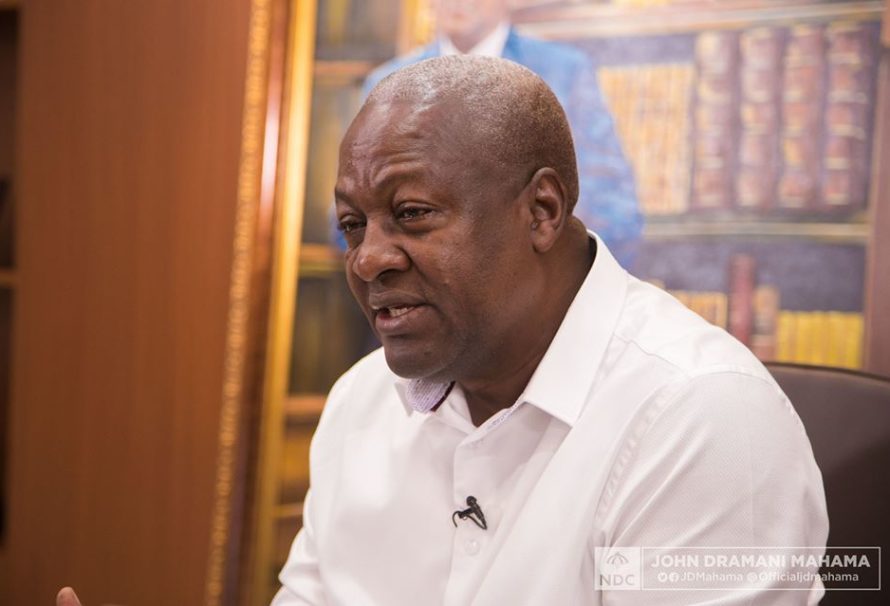 Former President John Dramani Mahama has reiterated his demand for a debate with the President of Ghana Nana Addo Dankwa Akufo-Addo to compare the track records of their presidency.

He added that the NDC had a grander record of allocating an equitable distribution of development projects across the country more than the New Patriotic Party (NPP).

Addressing the chiefs and people of Kwamekrom in the Biakoye constituency at the beginning of a three-day tour of the Oti Region on Friday, Mr. Mahama said President Akufo-Addo was free to decide who the moderators and which institution he desired to organize the debate as he, Mr. Mahama, would gladly be present for the debate at any time, on any given day and at any place.

The NDC presidential candidate added that he was ready to finalize the infrastructure debate once and for all so that all Ghanaians could see through the NPP’s propaganda.

John Dramani Mahama noted that he was ready to discuss with the President on all topics as and when the President was ready. He further asked what the Akufo-Addo led-government had used the GHC140 billion for as it had so far added to the national debt stock by way of loans, saying he built roads, hospitals, schools, airports, expanded access to water and electricity, among others with the GHC54 billion borrowed during his tenure as president.

Mr. Mahama assured the chiefs and people that the NDC’s reliable policy of providing each region with a public university, his party’s new government would do just that in the Oti Region to develop the human resource capacity of the area.