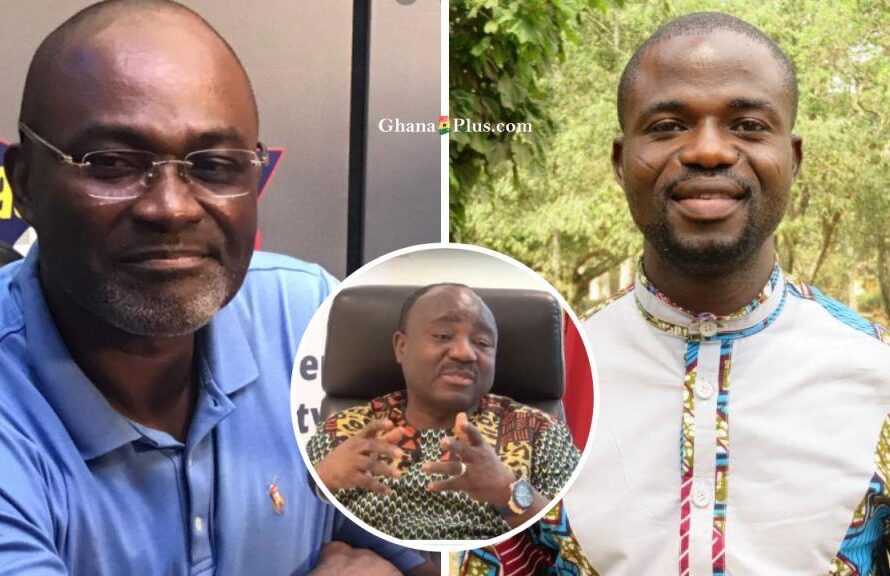 Manasseh Azure Awuni, the former JoyFM Investigative Journalist, says he has notified his Lawyers to take legal action against NPP Member of Parliament for Assin Central, Hon Kennedy Agyapong for making defamation comments about him.

Kennedy Agyapong claimed that he has in his possession a video proof indicating that Manasseh Azure took a bribe amounting to 1,000 Ghana Cedis from Lawyer Afenyo Markin in relation to Mr. Agyenim Boateng Adjei of the Ghana Procurement Authority.

Manasseh Azure, who is currently a freelance Journalist, released a press statement that indicated that he has advised his legal representatives to sue the Assin Central Member of Parliament for making false allegations against him.

PRESS RELEASE
*********************
Manasseh Instructs Lawyers Over Continuing Defamation by Kennedy Agyepong
***********************
My attention has been drawn to a sustained smear campaign of outright lies by Assin Central MP, Kennedy Agyepong, against my person. This started when I published the “Contracts for Sale” documentary that implicated and resulted in the removal from office of the CEO of the Public Procurement Authority, Adjenim Boateng Adjei.
It is within his right to stand by Mr. A.B Adjei, who defended Kennedy Agyepong’s wife’s contract with the Ministry of Energy worth over 100 million cedis when questions were raised about the propriety of the contract.
However, it is unacceptable to continue to lie blatantly when he knows that there’s no truth in his malicious and defamatory claims that I sought a bribe in the investigative report.
My lawyers advised that I ignore him when he started the false publications. But it is obvious he has not and will not stop unless compelled by a court.
I have therefore instructed my lawyers to sue him and the platforms he uses to publish the falsehood.
Signed.
Manasseh Azure Awuni
November 10, 2020
Facebook Twitter LinkedIn Pinterest WhatsApp Telegram
Follow us on Facebook: TheGhanaPlus | Instagram: @GhanaPlus | Twitter: @TheGhanaPlus
DO YOU HAVE A STORY TO SHARE? CLICK HERE to Submit online,
or WHATSAPP on +233 242 92 42 30,
or EMAIL: [email protected]