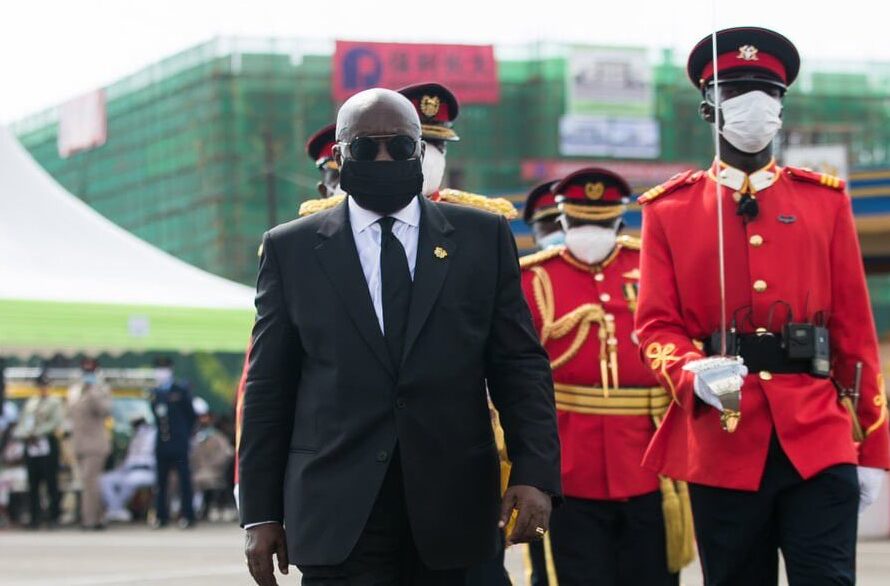 President Nana Addo Dankwa Akufo-Addo has called on personnel of the Ghana Armed Forces to re-elect him into office in order for him to continue with developing the nation.

He stated that his administration was committed to modernising and upgrading the army to make it more effective and efficient in its duties.

Speaking at the graduation ceremony of military officers cadets of Regular Career Course 60 and Short Service Commission and Special Duties Course 58 yesterday the Commander-in-Chief of the Armed Forces reiterated his commitment to improving the infrastructure of the forces.

He added that his administration would ensure that the Military Academic was reconstructed into a world-class and awe-inspiring institution.

“The first phase of construction is almost complete with the Officer’s Cadet’s Mess and the new Parade Square being completed and operational. The offices and administration blocks will soon be completed,” the President added.

“The second phase would be completed by end of 2021 and these include the construction of an auditorium, fence wall for the academy, accommodation for the cadets, and other building,” he noted.

President Akufo-Addo further added that the government was rehabilitating facilities to aid in the effective training of the Armed forces.

In achieving this a state-of-the-art facility was inaugurated for the Ghana Navy in the Volta Region alongside the improvement of facilities at the Bondase training Camp.

“We have added US$200 million to procure armored vehicles for the Army and to upgrade their equipment, facilities, and agencies,” he added.

The President also advised them to remain steadfast in carrying out their duties and to ensure that they do not abuse their position to intimidate civilians.