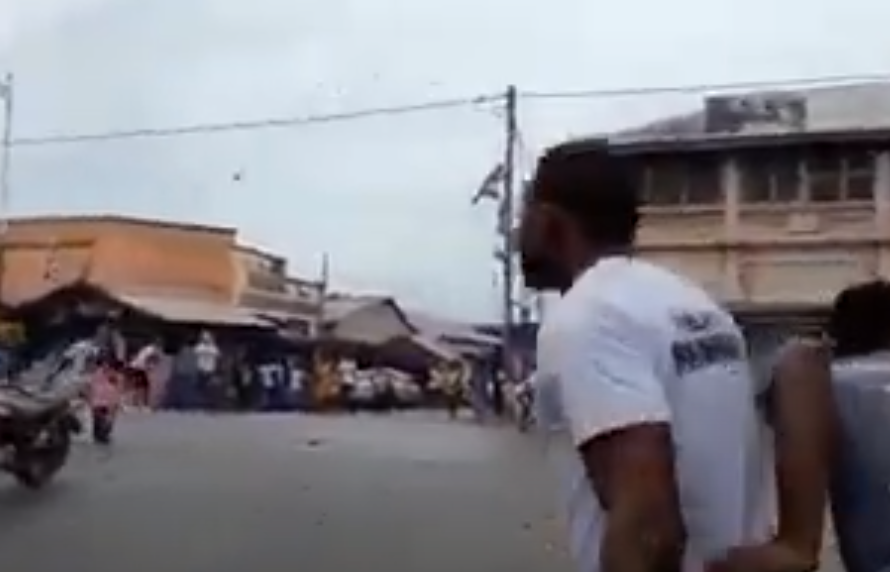 Supporters of the ruling New Patriotic Party and the opposition National Democratic Congress at James Town in the Odododiodo Constituency on Sunday, October, 26 clashed with each other after a peace walk intended to hammer home the need for peace and harmony during the December elections turned violent.

The supporters of the incumbent NDC’s Member of Parliament, Nii Lante Vanderpuye, and the NPP parliamentary aspirant, Nii Lante Bannerman report said clashed early hours of Sunday on the Atta Mills High Way and much intensely at a spot known as ‘One Way’.

Videos of the unfortunate incident making rounds on social media and cited by GhanaPlus.com showed the two groups pelt items believe to be stones and plastic bottles at each other in the middle of the highway.

Supporters, mainly young men from both sides of the political divide, carried out the attack amidst insult at each other.

Information on the reasons for the violent attack by the members of the two parties during an exercise intended to foster unity still remains unknown.

However, calm had since been restored after the police in the area were called to intervene.

According to reports, the police were yet to record any casualties but supporters of both parties have already given their written statements to the police on what happened.

Odododiodoo, an NDC stronghold has been identified by the Ghana Police as one of the 50 hot spots in the capital, capable of recording violence during the December 7, elections