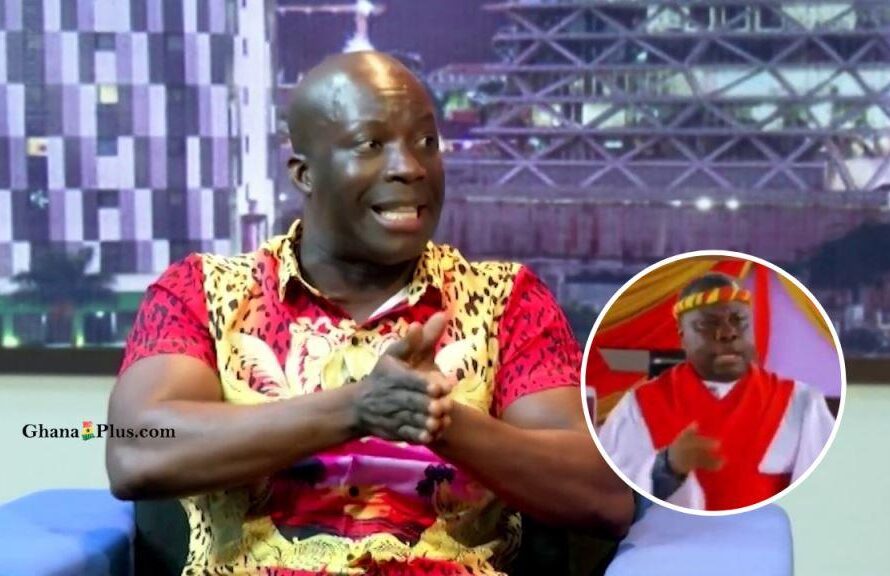 Head Pastor of Heaven’s Gate Ministries, Prophet Kumchacha has descended heavily on the prophet, identified as prophet Kwabena Tawiah who prophesized the death of the President, Nana Addo Dankwa Akuffo-Addo prior to the December 7 elections.

“I Kumchacha, disassociate Okay FM from this comment, I will stand on this station and say Prophet Kwabena Tawiah is stupid, I said he is totally stupid,” he said.

The popular and controversial man of God made the comment on Okay FM and monitored by GhanaPlus.com.

“Listen, he said the things he said in the video that  Nana Addo will die from now to 7th December, that he had untied Nana Addo for 40billion, that Nana Addo must call him and do the needful, any ordinary person who comments on it will die, when the air blows, die, when you drink water, die, excuse my word when you go the public place of convenience, die, that is what me, Prophet Kumchacha, I am saying here on Okay FM, I disassociate Okay from this comment, Prophet Kwabena Tawiah is stupid.

According to him, the prophet was not a true prophet as he claimed but a fetish priest in disguise adding that all of his videos online depict such.

He described him as a stomach prophet and a liar and might even die before the time he had set for the President because death is inevitable.

“I said Kwabena Tawiah is a stomach pastor, in fact, he is a stomach politician, those things he had prophesied that anyone who comments about his video will die, will not work”

The Prophet indicated that only coward and those who don’t know God could be scared by such prophecies by such self-acclaimed men of God.

The prophet, Kwabena Tawiah in a video sighted by Ghanaplus.com last week said the President would die before the December 7 elections.

According to him, the illness that would take the President to his grave was to start on November 21, 2020, a day after his prophecy was made.

He also made some allegations against the government over some unpaid monies concerning some intercessory prayers he made for the President and the New Patriotic Party prior to the 2016 elections.