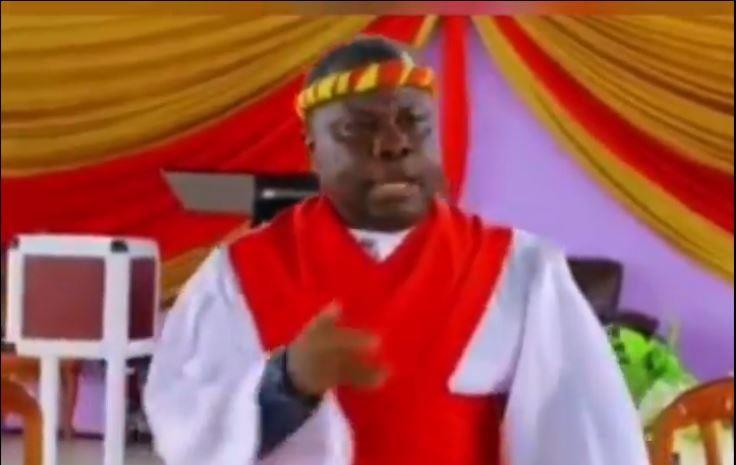 A prophet only identified as Paul Tabi has said that Nana Addo Dankwa Akufo-Addo will die prior to the elections.

He has subsequently prophesied that the opposition NDC would win the election following his death.

According to him, the sickness that would lead the President to his death would begin next week.

The man of God who said he had worked for the President in the event leading to his victory in 2016 said Nana Addo Dankwa Akufo-Addo had decided to forget about him, despite his intervention which saved his life from a bondage which his party members and others placed him.

READ ALSO:  You will pay a high price for threatening me - Koku Anyidoho

“Nana Addo is wicked, you have given me job, you have called me and given me job but you haven’t given me ₵1, NPP members, nobody has picked a phone to call that, foolish man how are you?”.

He indicated that all attempts to reach the President over his unpaid monies had proven futile.

He said certain persons in his government have been dealing with the President spiritually and that had turned his mind off persons who supported him, prior to his election into power.

“Every ritual is 1billion, you haven’t given even ₵1, Nana Addo has not even called me, even when I call him he doesn’t answer”.

“NPP should go and release him; there is death before him, today and tomorrow”, he said.

The supposed prophet made several revelations about the President and the NPP adding that he would have delivered the death prophecy to the president in person if the NPP paid him for his job done in 2016.

He also rained curses on the members of the NPP.