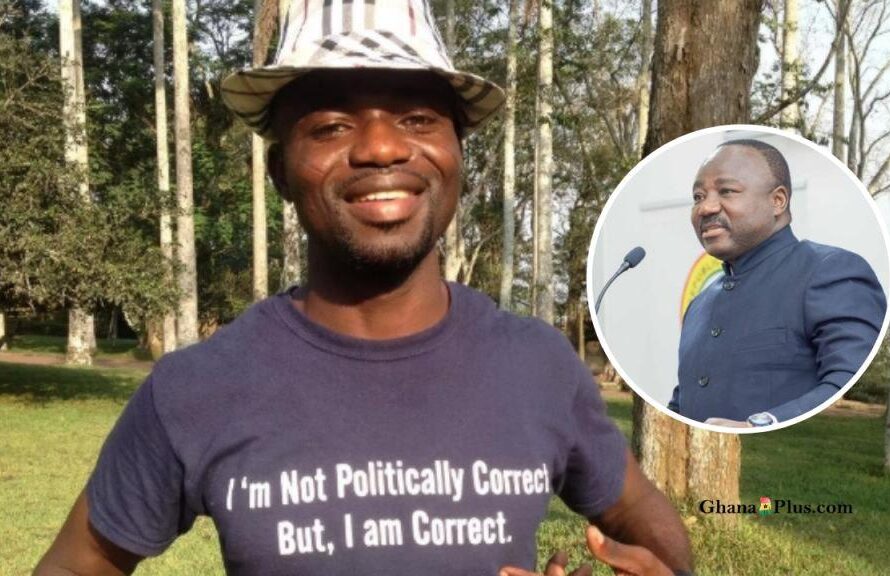 The Public Procurement Authority boss, Adjenim Boateng Adjei who was sacked over allegations leveled against him in Manasseh Azure Awuni’s ‘Contract for Sale’ documentary had disclosed that the journalist revealed to him that the decision to indict him in the procurement scandal was beyond his control.

According to him, he became alarmed after the young man he had always seen and referred to us his son deviated from the questions he sent him prior to the interview and quizzed him to that effect.

“So after the interview, I asked Manasseh, this angle that you took, Manasseh what is going on? I asked him, are you really the Manasseh I know, the Manasseh I can invite? the Manasseh we can sit together me and you alone talking outside, are you the same Manasseh or am talking to another Manasseh. Manasseh bow his head quietly and when he raised his head this is what Manasseh said and I am quoting him verbatim ‘Sir this is beyond my control’, he revealed.

The PPA boss revelation in an interview on Net 2 TV’s programme, The Seat in Accra on Wednesday.

He indicated that after Manasseh’s confession he came to the realization that there was a grand scheme being orchestrated by some individuals including his own son, Manasseh, whom he mentored against his office.

“Kweku when he said that to me, I realized that this is an agenda and if it’s beyond his control then definitely there are players and so I thanked him and I said Manasseh thank you”, he added.

He, however, prayed that God would touch the heart of Manasseh to air the over one-hour long interview conducted at the board room at the Public Procurement Authority adding he only aired just the latter part of the interview to indict him.

Mr. Adjenim Boateng Adjei was sacked on October 31, over the ‘Contract for Sale’ documentary aired by Manasseh last year after an investigation by the Commission on Human Rights and Administrative Justice (CHRAJ).

According to the statement from the office of the President and signed by the Director of Communications at the Presidency, Eugene Arhin, the commission found him guilty of the allegations of conflict of interest leveled against him in the documentary.

“This follows the submission of a report to the President by the Commissioner of the Commission for Human Rights and Administrative Justice (CHRAJ), Mr. Joseph Whittal, in which the Commission concluded that on the totality of the evidence, Mr. Adjenim Boateng Adjei had put himself in a position where his personal interests conflicted with the performance of his functions as CEO and Board Member of the PPA,” the statement reads.