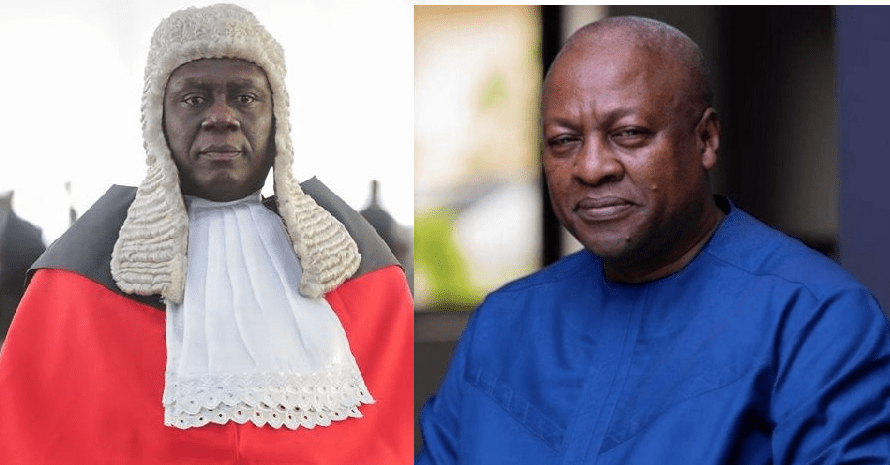 The Supreme Court of Ghana has scheduled Thursday, March 4, 2021 to deliver judgment on the 2020 election petition filed by former president John Dramani Mahama.

The chair of the seven-member panel, Justice Kwasi Anin-Yeboah made the announcement on Monday, February 22, 2021.

Mr Mahama, who was the Presidential Candidate of the National Democratic Congress (NDC) in the disputed elections, had brought the case to the apex court of Ghana, praying it to set aside a declaration of the results made by the Chair of the Electoral Commission, Ghana (EC), Jean Adukwei Mensa, on Wednesday, December 9.

But Mr Mahama on Wednesday, December 30 filed his petition, citing “serious violations” of the 1992 Constitution by the EC and its Chair, who was the Returning Officer of the disputed elections.

The petition prayed the Supreme Court to declare the results of the elections as “unconstitutional, null and void and of no effect whatsoever”.

He also prayed the Court to enjoin the Commission to re-run the elections between him and Mr Akufo-Addo.

Not only did he cite EC as the First Respondent, but Mr Mahama cited President Akufo-Addo as a Second Respondent.

Later Mr Mahama gave the reasons why he chose the legal path after scattered protests by his party’s supporters across the country.

“Some people have asked me what I hope to gain by challenging the results of this election,” he said at the sunset press conference on the day he filed his petition.

“Let me tell you. I want perhaps the very same thing that my opponent wanted when in 2012 he challenged the results of that election.

“I want the removal of doubt.

“I want for all of us to know that our elections should be free, fair and safe and that we don’t have to settle for a process that leaves us confused and with more questions than answers.

“I want a Ghana where institutions of state can be held to account where we can stand on principle and demand transparency without the risk of losing our lives.”

The two respondents elected not to present their witnesses despite them filing their statements in writing.

This had cajoled the petitioner to re-open the case but this was unanimously dismissed by the seven-member panel. A review of that ruling was also dismissed on Monday, February 22.

The petitioner is expected to deliver his closing submissions on Tuesday, February 23 in time for judgement on Thursday, March 4.